Nigerian, 1 other arrested for duping Jaipur girls through matrimonial sites

The gang committed at least 14 frauds in the past 10 days. 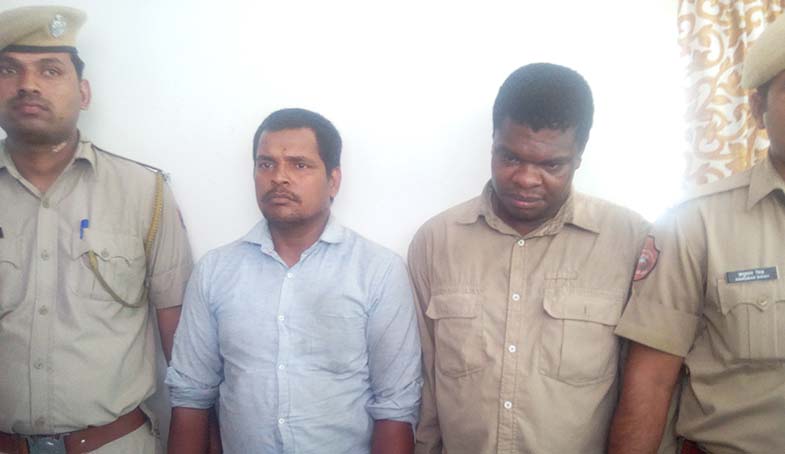 A Nigerian among two criminals arrested for duping girls through matrimonial sites.

Jaipur: An international gang involved in duping girls in Jaipur after befriending them on matrimonial sites was busted. Those arrested include a Nigerian youth. Police officials said that the gang committed at least 14 frauds in the past 10 days. This fact came to the light when cops checked one of the accused man’s bank account and found transaction of more than Rs 10 lakh in this period.

The accused were identified Kenena Solomon (41), a resident of Olowale Stivictoria island in Nigeria, and Kaushal Prasad Gupta (35). Kaushal belongs to Bihar and was currently living in New Delhi.

A similar gang had been busted by Bikaner police last month. Both the gangs committed frauds with same modus operandi.

“This particular gang was busted when we launched an investigation into an FIR lodged on May 3 by a Adarsh Nagar-based girl in Jaipur,” said commissioner of police Sanjay Agarwal.

The officer said that she had been contacted by one Kelvin who claimed he worked with a company in London as an advisor. He promised to marry the girl and said that he would settle in India after the wedding. Kelvin told the girl he needed to transfer some money and other valuables to India before moving.

On May 2, the girl received a call from a woman, identifying herself as Simran. She said she was a customs officer in Delhi.

“The girl said that the customs department had seized gold biscuits, electronic items and 75,000 British pounds. The girl was asked to pay the customs department Rs 40,000 as taxes to take possession of the confiscated items. In installments, the girl paid a total of Rs 1.35 lakh in name of various clearances,” said DCP, west Kunwar Rasthradeep.

The accused Nigerian national had come to India on a tourist visa. He didn’t leave the country even after his visa expired. He had been living in India illegally for the past eight months.

The police have found some banks accounts belonging to the gang members. They were opened on the basis of forged documents.