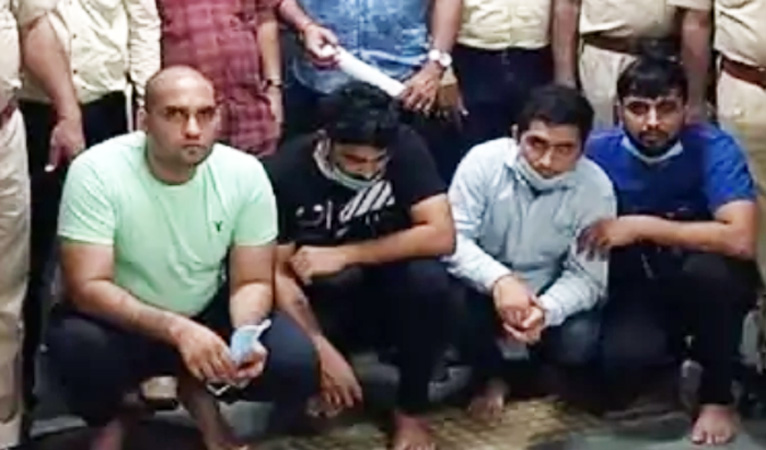 Jaipur: Nine days after a 63-year-old man, identified as Rajendra Chawla alias RK Chawla, was shot dead in Jaipur, the police arrested four men including the MD of a prominent Gurugram-based construction company for the crime.

A retired PWD officer, Rajendra worked with an agency that provided consultation to NHAI on highway construction projects. Police officials said that he was murdered by supari killers at the behest of the managing director of the construction company, E5 Infrastructure Private Limited.

According to police, the accused were identified as Karandeep Sheoran – managing director of E5 Infrastructure, Naveen Bisla, Vikas Jat and Karandeep’s cousin Amit Nehra. Naveen and Vikas are said to be the engineers at E5 Infrastructure.

Police officials said that the main accused, Karandeep, had developed animosity towards Rajendra because the victim had refused to approve a design prepared by E5 Infrastructure for foot overbridges on the Delhi-Gurugram highway.

E5 Infrastructure was building 14 foot overbridges on Delhi -Gurugram highway. The construction cost was Rs 35 crore. When the company couldn’t complete the work in the specified one year due to design issues, a penalty of Rs 3.5 crore was imposed.

“Karandeep and Rajendra Chawala had a dispute over the design. Rajendra refused to approve the design that Karandeep was proposing for the overbridges. Karandeep and some others working at E5 hired sharpshooters to murder Rajendra. Rajendra, belonging to Faridabad in Haryana, come to Jaipur to take part in an NHAI meeting on August 26.  After the meeting which E5 engineers also attended, Rajendra left the building. As soon as he came out, two supari killers hired by Karandeep opened fire at him,” said a police officer.

The two shooters were allegedly promised Rs 15 lakh for murdering Rajendra. They were paid Rs 3 lakh in advance.

The two shooters and a few other suspects are still at large.