BS-6 compliant refinery-cum-petrochemical complex to be ready in the next four years. 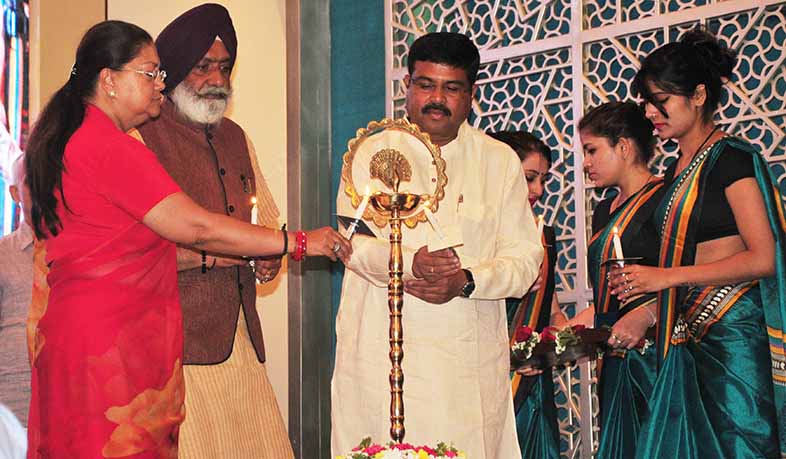 Jaipur: The Rajasthan government on Tuesday signed a new MoU with Hindustan Petroleum Corporation Limited (HPCL) for setting up a refinery in Barmer’s Pachpadra. The MoU was signed in a five-start hotel in Jaipur in a glittery event attended by chief minister Vasundhara Raje and union minister of state for petroleum Dharmendra Pradhan. The work on the refinery-cum-petrochemical complex will now resume nearly three and a half years after it was stalled when the BJP government came to power. The refinery will likely be functional by 2021.

Chief minister Vasundhara Raje made the announcement in the state assembly earlier this month that the state government would sign a new MoU with HPCL. After a meeting of HPCL representatives and government officials in Jaipur recently, the draft of the new MoU was finalized.

The government claims that through project cost has increased by Rs 6000 crore, the financial burden on the state will come down substantially. 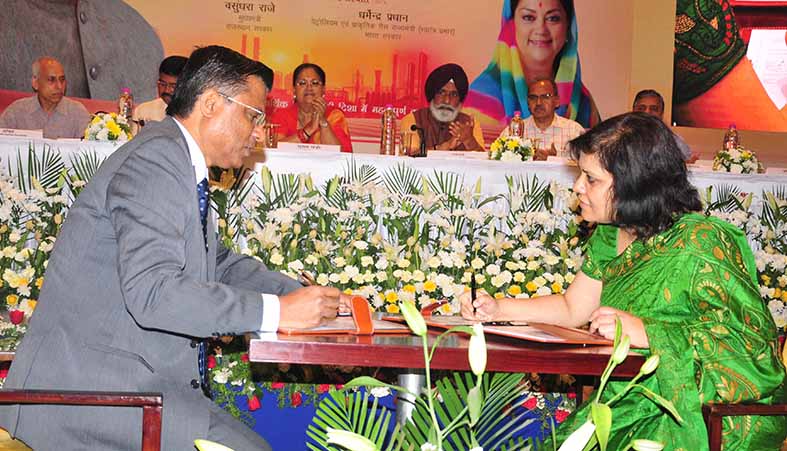 The state government will pay HPCL Rs 16845 crore to set up refinery.

United Progressive Alliance Chairperson Sonia Gandhi laid the foundation stone for HPCL refinery and petrochemical complex at Pachpadra in Barmer district. Four years down the line, the company was still struggling to get the project off the ground.

However the BJP government put breaks on the refinery saying the Congress government in Rajasthan had taken the decision in haste before the assembly elections.

The refinery will now come up on nearly 12500 bigha land allotted in the name of a join company of the state government and HPCL. The land is close to a salt lake in Pachpadra.

Under the project, a crude oil pipeline (50-60 km in length) and a water pipeline (nearly 200 km in length) will be laid. With a capacity of producing 9 million metric ton oil per annum, the refinery will cost Rs 43,149 crore. HPCL’s share will be 75 percent, while rajasthan government’s equity will be 26 percent. The state government will pay Rs 3738 crore for its 26% equity. The government will give interest free loan (the viability gap funding) of Rs 16,845 crore to HPCL. The viability gap funding (VGF) will be Rs 3,736 crore annually. This will be paid over a period of five years by the government.