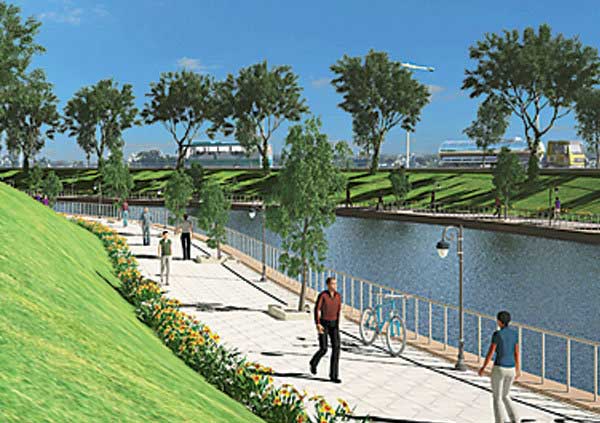 This is how Dravyawati River and its surrounding areas will look like after a projects meant for its development completes. Image credit: JDA

Jaipur: At least eight development protects of the city will get a major boost with the National Capital Region (NCR) Planning Board sanctioning a budget of Rs 15,00 crore.

This is for the first time that NCR board has agreed to spend money on development projects meant for the city. The projects include beatification and development of Dravyavati River and the construction of an elevated Road from Sodala junction to Ambedkar Circle. The funds are likely to be released after a meeting of JDA officials with members of the board on January 27.

Tata Sons is undertaking a huge project to develop Dravyavati River. The state government will spend  the money that it will receive from NCR board on this project. Besides, nearly Rs 100 crore will be spent on the construction of the elevated road between Sodala and Ambedkar Circle.

Other projects include construction of six-lane railway over bridges (ROB)  on Jaipur-Delhi railway line and Jaipur-Sawaimadhopur railway line.