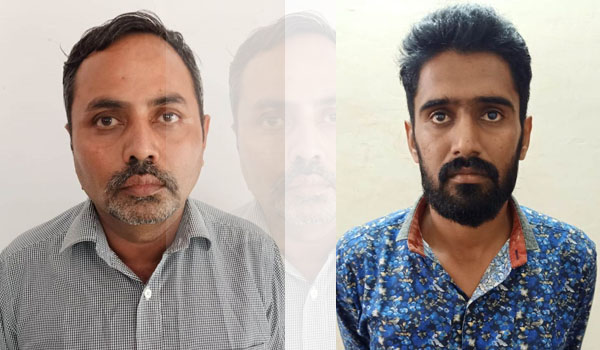 Jaipur: The Rajasthan special operations group (SOG) has arrested Girdhar Singh Sodha, chairman of Navjeevan Credit Cooperative Soeciety and his brother-in-law Rawat Singh for the allegel fraud of Rs 500 crore. The duo allegedly duped over 1.93 lakh investors in two states by promising them unrealistic returns on their investment. The fraud amount with investors from Rajasthan amounts to over Rs 340 crore, according to SOG offcials.

Girdhar Singh Soda belongs to Barmer. The accused men opened a micro-credit company in 2006. They suffered a loss and launched Navjeevan Credit Society in 2010.

“They duped people by tripling their money. They opened over 200 branches in Rajasthan and Gujarat. More than 1.90 lakh people invested in the society,” said a senior SOG official.

He added that an FIR was registered against Navjivan Cooperative when the SOG received many complaints against them. The accused men loaned the money that they collected from investors to some firms belonging to their relatives. The loaned money was not recovered. The duo recruited many agents who were promised a 10-15% commission for luring people into joining their investment schemes.

“The main office of the society was opened in Barmer. The investment scheme launched by the society ran out in six years, but the investors didn’t get the promised returns. They also lost their investment. When people started visiting their office in Barmer, they shut it down,” said the officer.

Both are being interrogated and the SOG didn’t rule out the possibility of more arrests in the future.