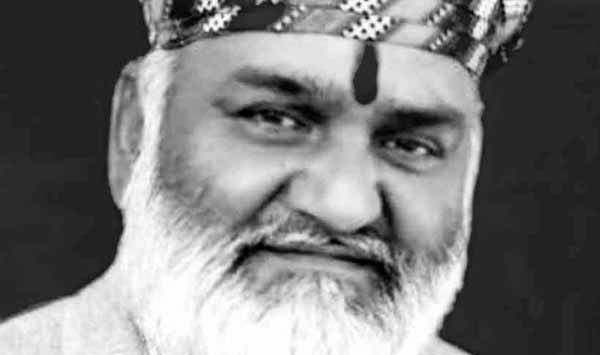 Jaipur: BJP MLA from Nathdwara constituency in Rajsamand district passed away early on Wednesday. He had been suffering from a prolonged illness for the past two years. He breathed his last at a hospital in Udaipur.

The news of the MLA’s death saddened BJP workers in the area. Congress national general secretary and RCA president CP Joshi had also visited Singh when the former was in Udaipur recently. He met his family members. CP Joshi had been defeated by a margin of one vote in the 2008 assembly elections. However CP Joshi was elected MP from Bhilwara and became a cabinet minister.

Kalyan Singh was undergoing treatment for cancer at JBH American Hospital for the past few days. He was on ventilator.

Kalyan Singh was born on November 8, 1959 at Dadwada village in Nathdwara of Rajsamand district. His political career took off after he was elected sarpanch of Kotharia village in 1988. He was elected as Pradhan, upzila pramukh and member of zila parishad before being elected as MLA.