Murdered Haryana DCP was threatened at gunpoint before being mowed down

Police revealed that the murdered police officer was threatened at gunpoint when he tried to stop vehicles carrying illegally-mined stones. 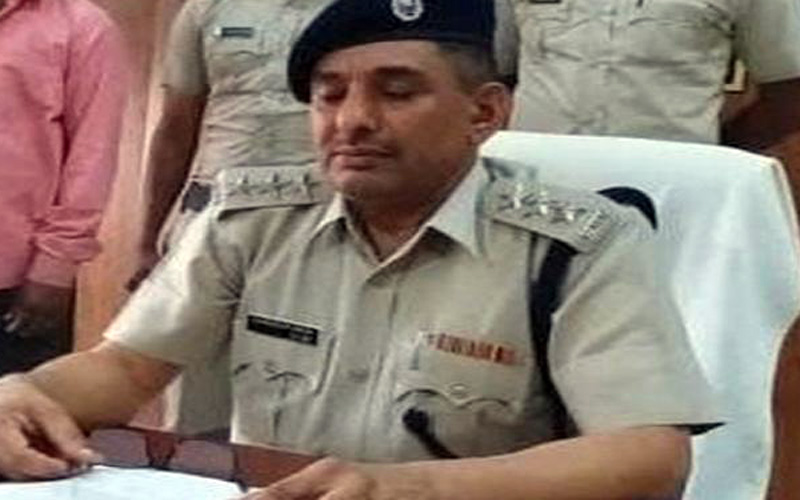 DCP who was murdered by mining mafia in Haryana.

A day after a DCP-rank officer was crushed to death in Haryana, the police revealed that the murdered police officer was threatened at gunpoint when he tried to stop vehicles carrying illegally-mined stones.

DSP Surendra Singh Bishnoi had received a tip-off about illegal mining and reached the Tawadu hills. On seeing the police team, people involved in the mining work started fleeing from the spot with dumpers. When the DSP tried to stop the vehicles, a dumper mowed him down. He died on the spot.

According to preliminary reports, there were 3-4 people in the dumper that didn’t carry any registration number plate. The dumper was full of stones. The DSP told the policemen to chase the dumper.

They managed to stop one of the vehicles. DCP and other policemen got down from the police vehicle that was chasing the dumper. When the team asked the people to get down and surrender, they started threatening the cops at gunpoint.

The police later arrested the man who crushed the DSP to death. When he allegedly tried to confront the police, he was shot in the leg. He was later admitted to the hospital. The picture of the accused man has surfaced. The police are trying to find other accused persons.

DSP Surendra Singh was a resident of Hisar in Haryana. In April 1994, he joined the police force as an ASI. Singh was due to retire in October this year. Haryana CM Manohar Lal Khattar said that DSP Surendra Singh will be given martyr status. He also announced an ex-gratia amount of Rs 1 crore to his family.