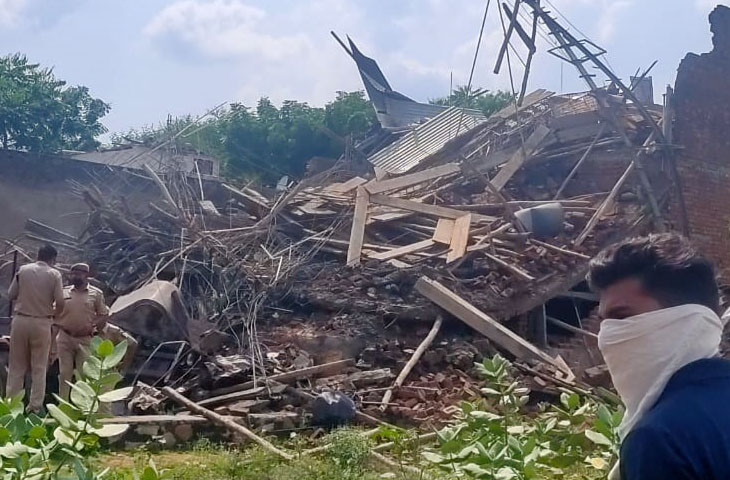 An under construction house collapsed in Muhana.

Jaipur: An under-construction house caved in in Muhana area of the city on Wednesday. At least 10 labourers were buried under the debris; however, civil defence teams managed to rescue them. All of them were admitted to a hospital where they were undergoing treatment.

The incident took place in Krishna Vihar Colony of Muhana area. A house being constructed by one Chhutan Meena caved in. The house has been under construction for the past two months. The roof of the first and second floor of the building caved in around 11 am on Wednesday. Many labourers were working at that time. At least 10 of them were buried under the debris. They included both men and women.

Rescue teams rushed to the spot and started removing debris to rescue the victims. They were rescued alive; however, the condition of some of them was critical. There were no reports of loss of life.

A loud thud created panic in the neighbourhood. A huge crowd of people gathered there. According to preliminary reports, some commercial activities were going on in the basement of the building.

The police are investigating whether some negligence on part of the contractor caused the incident. Senior police offices including ACP, Mansarovar visited the spot to supervise the rescue operations.