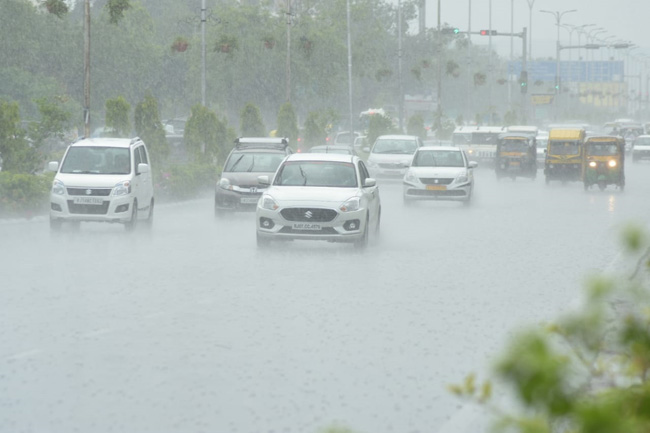 Jaipur: The city streets were inundated with rain water as the monsoon brought this season’s first major shower on Thursday. It drizzled throughout the night on Wednesday. The city residents woke up to a pleasant weather and started making plans for picnic. The rains and clogged roads gave them a perfect excuse from office. The picnic spots were crowded.

The rains threw traffic out of gear in many parts of the city. The met department said that the strong monsoon activity will continue bring showers to at least 16 districts of the state including Jaipur, Alwar, Ajmer, Sawaimadhopur, Dausa, Baran Bundi, Kota, Nagaur, Sikar, Bhilwara and Jhunjhunu.

Apart from Jaipur, some other districts including Sikar and Alwar witnessed heavy rains. While the rains have brought relief from heat and humidity, the city’s drainage system couldn’t cope up with the extra pressure of water. The rainwater inundated most roads in the city, causing traffic jams at several places.

Electricity polls were uprooted and wires snapped at 15 different places in the city. However no harm to life has been reported so far. The civic bodies including JMC and JDA were caught unprepared to deal with heavy rains.