MLA’s son crossing railway tracks with earphone on run over by train, dies

Dhruv had left his home near Janpath behind the state assembly building around 1 pm on Thursday. He told her mother Shail that he was going out to visit his friend.

Jaipur: Dhruv Kadva, the son of MLA from Sangaria constituency in Hanumangarh Krishan Kadva died while crossing railway tracks at Imaliwala Fatak in Jaipur on Thursday. He had his earphone on and was listening to music, so he couldn’t see the train approaching. He was run over by the train. Dhruv (24) was preparing for competitive examinations, police officials said. 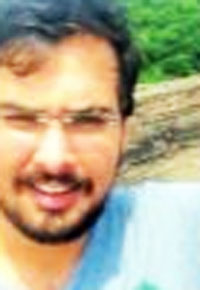 Dhruv had left his home near Janpath behind the state assembly building around 1 pm on Thursday. He told her mother Shail that he was going out to visit his friend. The family members thought that he was staying over at his friend’s place, but when he didn’t return till Friday morning, they started a search for him. They then registered a missing person’s report with Jyoti Nagar police station. They were told about a body recovered from railway tracks. When they saw the body, they identified it to be that of Dhruv. Dhurv did his school from Dehradun and graduated from a private college in Jaipur nearly two years ago. He was preparing for competitive examinations. It has come up during preliminary investigation that Dhruv had his earphones on and was listening to music while crossing the railway tracks. He couldn’t hear the train approaching. Sources however said that the police didn’t find any earphone from the railway tracks. The body was handed over to the family members after a postmortem examination. His father Krishan Kadva is the BJP MLA from Sangaria constituency. The victim’s elder brother is trying his hands at modelling in Mumbai.
Follow @ThePinkcityPost