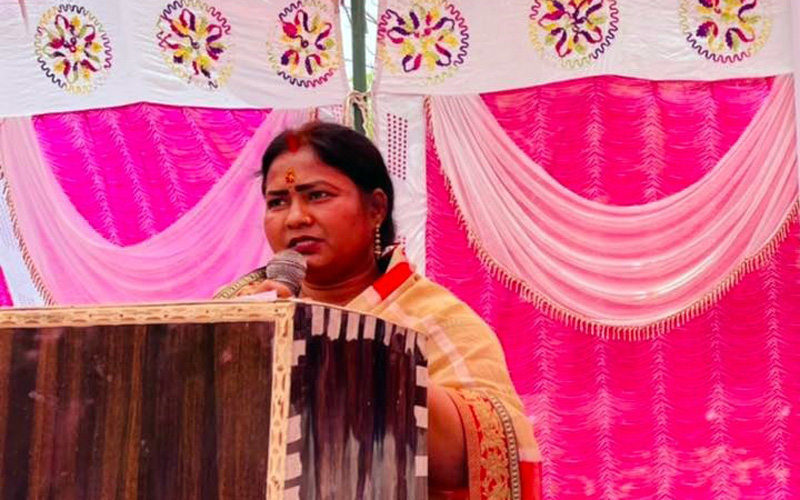 Jaipur: The BJP high command has expelled from the party MLA Shobharani Kushwaha, who cross-voted in the recently held Rajya Sabha elections. The BJP’s Central Disciplinary Committee said that the legislator had been issued a show-cause notice on the matter, but instead of clarifying her stand, she publicly made false allegations against the party leadership.

Om Pathak, member secretary of BJP’s Central Disciplinary Committee, has issued a letter to Shobharani saying that she had been expelled by the party with immediate effect.

The disciplinary committee told Shobharani in the letter – on June 10, a show-cause notice was issued asking why she should not be expelled from the party for indiscipline.

“Your clarification was to be received by June 19. Far from giving the explanation, you have made false allegations against the leadership itself,” the letter said.

“The Central Disciplinary Committee after considering the press note you issued as your answer has come to the decision that you have not presented any explanation in your favour. It clearly means that you have nothing more to say in your defense,” the letter read.

The Central Disciplinary Committee has said that making public fabricated and unreasonable things publicly is a gross violation of the provisions of Section 25 and Rule 10A, B, C and D of the Rules of the Constitution of BJP.

BJP MLA Shobharani Kushwaha had voted for Congress candidate Pramod Tiwari during the Rajya Sabha elections held on June 10. The same evening BJP started the process of his expulsion and issued a show-cause notice and called for a reply within 7 days. But Shobharani Kushwaha openly revolted against the party the very next day on June 11 and indicated to leave the party. Shobharani attacked the senior leaders by accusing them of disobeying promises.