Missed Dravyavati River inauguration? These photos will take you straight to the glorious celebration

Many enthusiastic Jaipur residents started reaching the venue even two hours before the inauguration ceremony was to begin, but in case you missed out on this, let’s tell you it was nothing short of a festival for jaipurites. 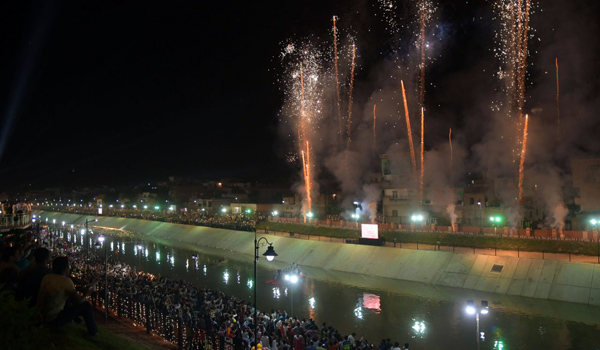 Jaipur: People were delighted and amazed when Chief Minister Vasundhara Raje inaugurated the much-awaited Dravyavati Riverfront Project in Jaipur around 8 pm on Tuesday. 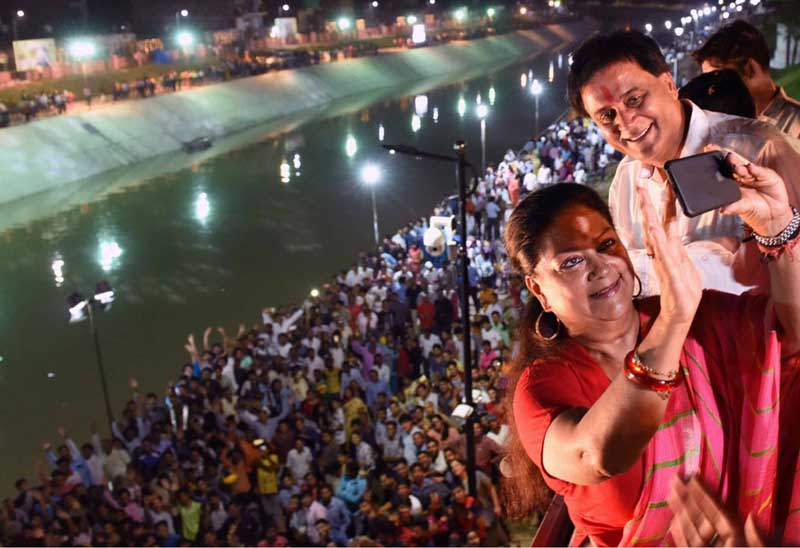 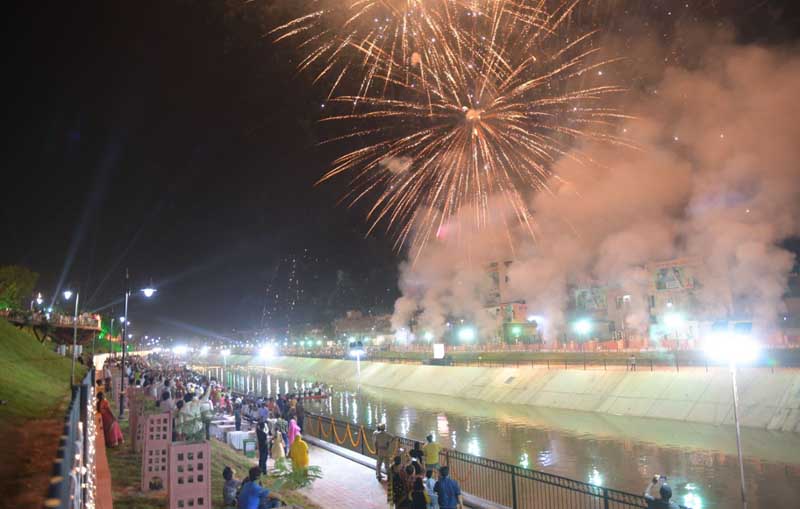 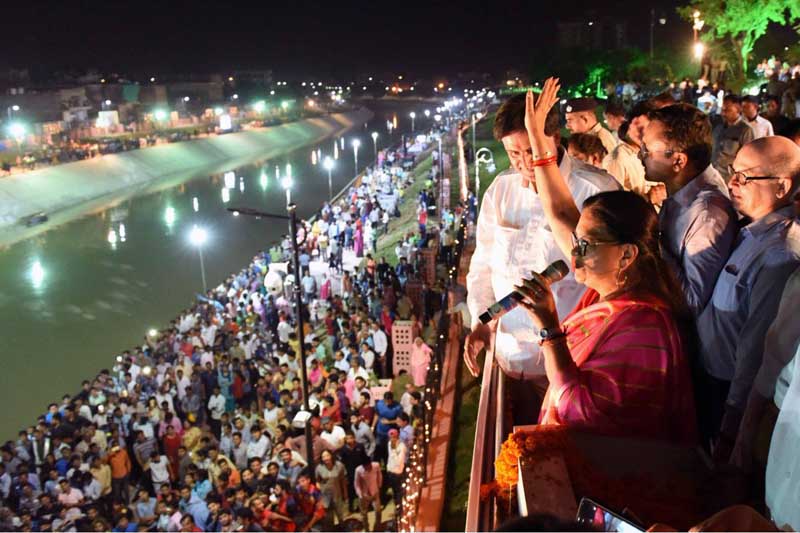 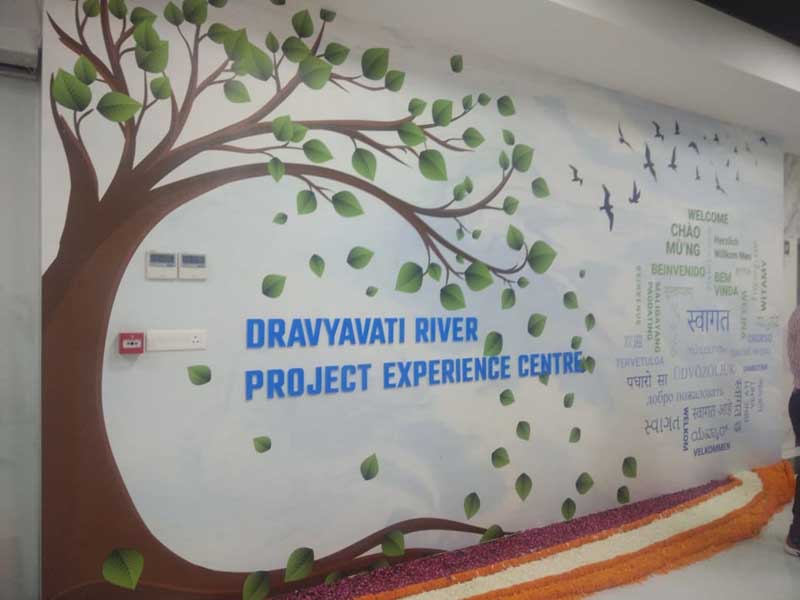 Security personnel were deployed to ensure law and order during event. Hundreds of people were present to witness the ceremony. 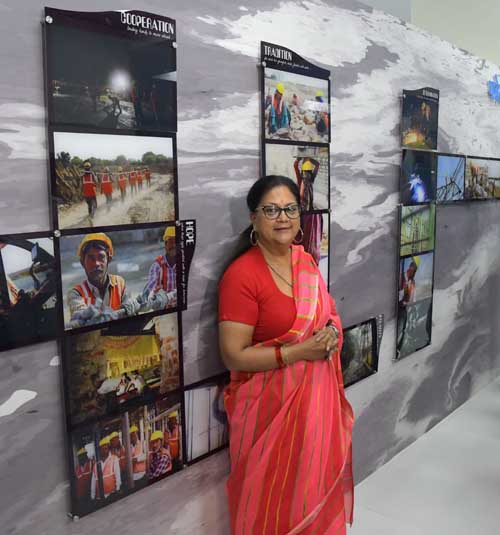 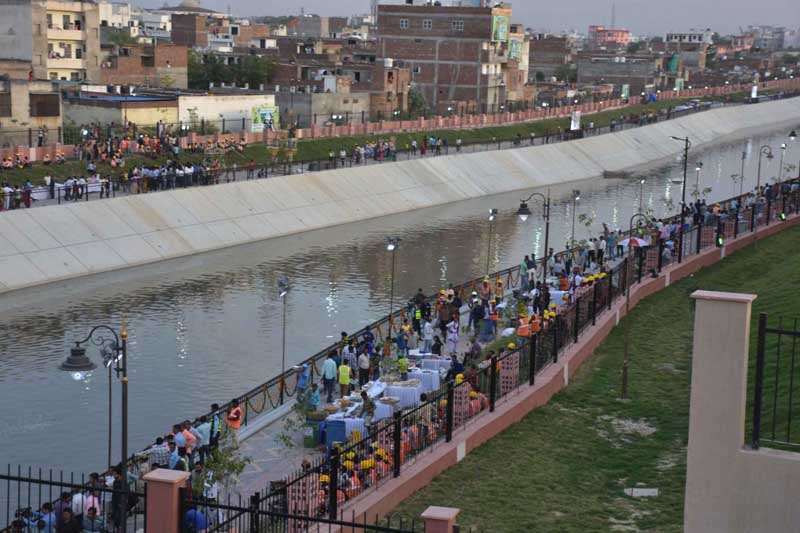 CM Raje arrived at 7 pm and received a warm welcome by the officials. She first visited the Experience Center at Landscape Park. 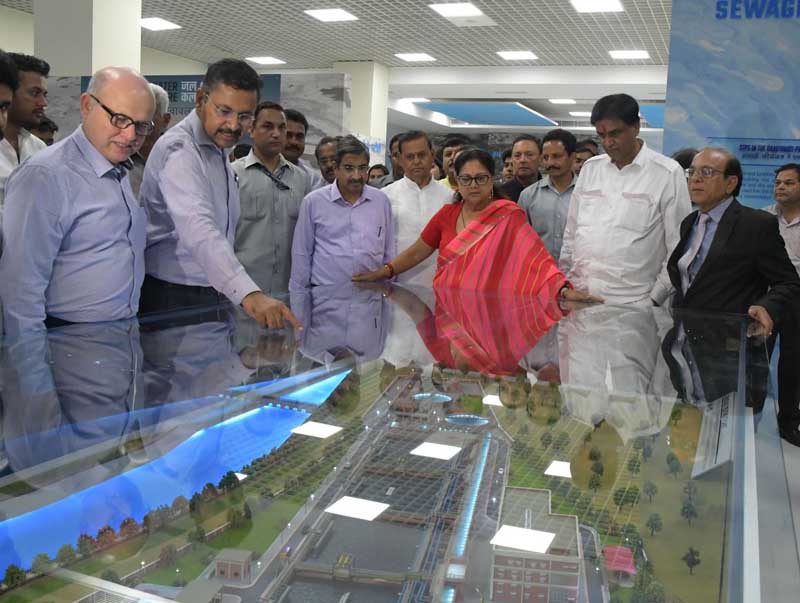 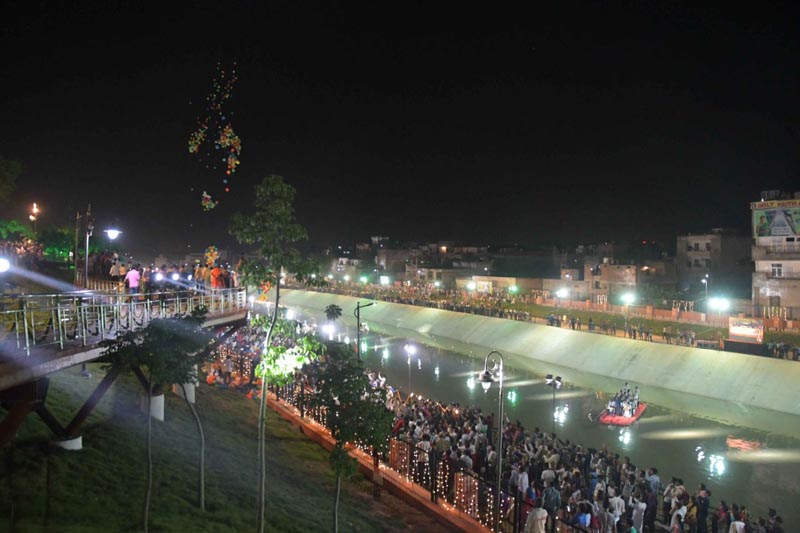 An exhibition on Dravyavati River’s past, present, and future was on display in the projector room. She visited all the sites one by one and appreciated the hard work put in by officials. 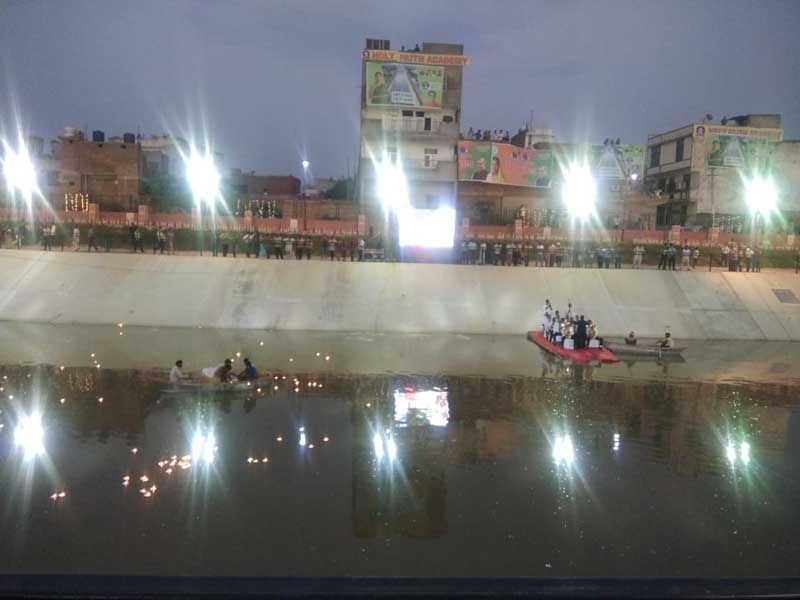 School children performed folk dances. CM Raje said that the project was like a dream come true for her. Some are comparing it with Thames of England and Venice. Raje urged residents to keep Dravyavati River clean. 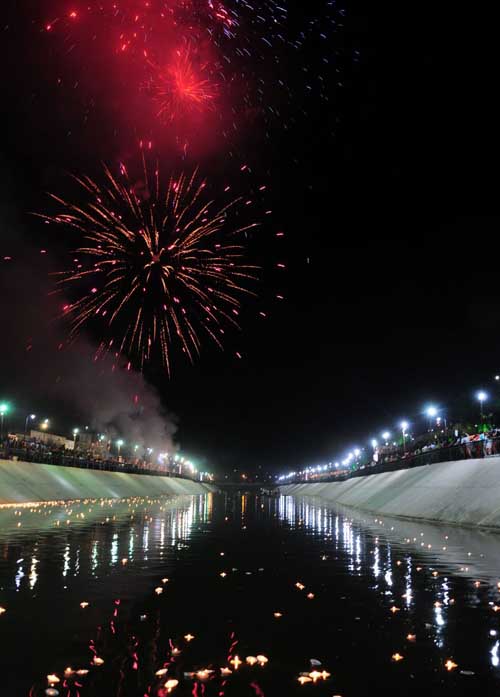 CM Raje appreciated the hard work of all the officials to make the project a big success. 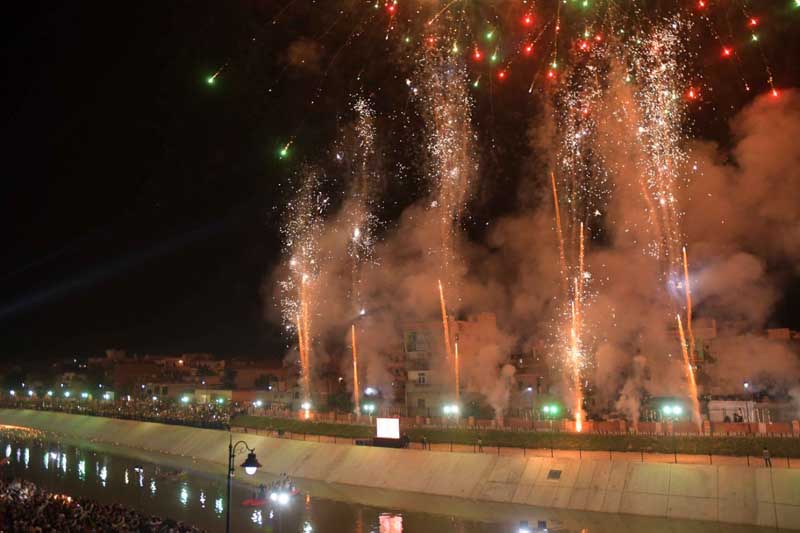 Read also: Dravyavati River Project inaugurated: Here is what you should know

For now, the 16 km stretch of Dravyavati riverfront (out of 47 km) that is the area from Sushilpura to Bambala Bridge – has been thrown open for residents.