Mired in controversy once again, uncertainty hangs over RCA elections – 2017

A hectic day was witnessed at RCA on Sunday a day after elections were called off. 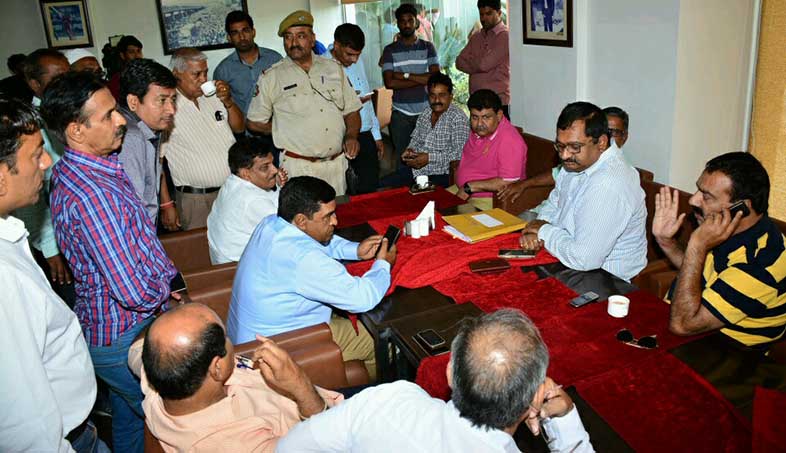 A day after RCA elections were called off, meetings were held by the CP Joshi fraction in protest. Image credit: Post Staff

Jaipur: Rajasthan Cricket Association (RCA) elections – 2017 are once again mired in controversies. Hours after reports of elections being called off, a fraction in RCA came in support of Congress leader CP Joshi, who is tipped to be fighting for the top post, and said that polls would take place as scheduled.

A hectic day was witnessed on Sunday at RCA in Jaipur where a meeting of executive committee took place. Five deputy presidents of RCA took part in the meeting. Of total 21 members of the committee, 16 were present.

RCA Deputy President Mehmood Abdi said that he was taking strong exception to “the bogus impression created by irresponsible statements issued by vested interests” about the elections being called off.

“These statements are baseless and malafide as the decision to call off the election is solely determined on legal grounds,” said Abdi in a statement.

When the process of election started the amended constitution of the RCA brought in line with the recommendation of Lodha Committee was pending before the registrar of cooperative societies. As such pendency of approval was no bar to go ahead with the election process, Adbi said. 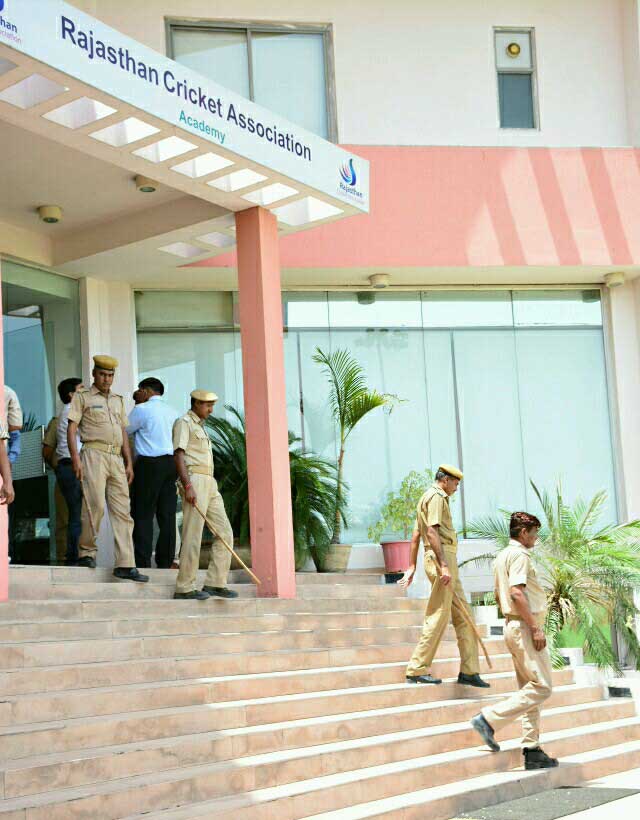 Registrar of cooperative societies of Rajasthan returned the amended constitution to RCA, but the new constitution was rejected on the grounds of eight points which are not in conformity with the Rajasthan Sports act, 2005. Some of the points are as follow:

“It is constituted and governed by the Rajasthan Sorts Act and under the Judgment of the Hon’ble Supreme Court BCCI and all its constituent state associates are mandated to bring their constitutions in line with the Lodha committee guidelines. RCA followed the suit and amended its constituted to fall in line with Lodha reforms. It is mandatory under the Supreme Court judgment on Lodha Committee recommendations,” said Abdi.

He said that if any state association holds its election without following the Lodha committee recommendation it will be deemed void and every association is bound to amend its constitution.

“Not only that any association formed  in the manner other than as devised by the Lodha committee scheme will not be recognized by the BCCI. As such, going ahead with election process would not only render the entire process of election void and illegal but would just be a meaningless cosmetic exercise with consequence other than falling in line with defaulters of Supreme court orders,” said Abdi.

In view of these developments, RCA brought the rejection of the amended constitution by the registrar of the cooperative societies to the notice of the electoral office, Abdi said.

“Who after due consultation with election observer Gyan Sudha Mishra, retired judge of the Supreme Court  decided to call off the election process since the amended constitution under which the entire process was initiated stands rejected by the appropriate authority,” he added.

In a series of tweets, Lalit Modi also supported the elections being called off.

However, CP Joshi fraction was opposed to this and said that a new election officer would be deputed.

Nominations were to be filed on Sunday and it was widely believed that CP Joshi would fight against former IPL boss Lalit Modi’s son Ruchir Modi for the post of RCA president.

It is believed some district associations, loyal to Modi, switched their loyalty at the last moment after Joshi came into the picture.