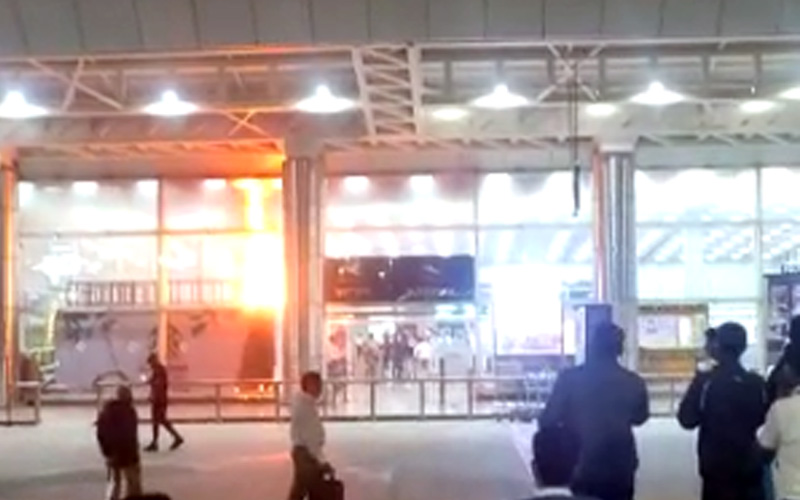 Jaipur: Fire broke out at a coffee shop counter in the arrival lounge of Jaipur International Airport on Friday evening. It created panic as many passengers got stuck in the arrival hall for over 10 minutes. The cause of the fire is being ascertained, but as per preliminary reports, it broke out due to short circuit in the coffee vending machine. Firefighters and the airport staff contained the fire within minutes.

A counter repairing work is underway at a coffee shop in Terminal – 2. The fire broke out from the vending machine and engulfed some banners and flex posters lying nearby. It triggered the fire alarm, causing panic among passengers. They saw smoke and flames and tried to rush to safety.

The movement of passengers was restricted in the affected area. Later, they were escorted out of the arrival lounge through another entrance. Fire fighting equipment was used to douse the fire. It was contained within 10 minutes. There was no loss of passenger luggage.

The airport authorities have launched an investigation to ascertain how the fire started and if there was any negligence. Prima-facie, it was determined that short-circuit in the vending machine caused the fire.