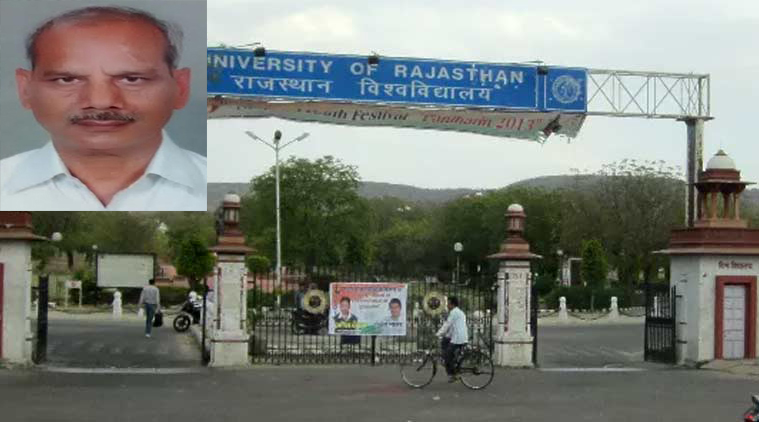 Jaipur: Rajasthan University vice-chancellor JP Singhal has resigned, nearly a week after the high court sought an explanation as to why the office of the V-C was being occupied by someone undeserving for the post.

Singhal told media persons after tendering his resignation to the governor that he respected the court so he was stepping down.

“I don’t want to court any kind of controversy,” Singhal said. He vacated his university residence immediately after resigning.

On January 2, the Rajasthan high court said that the office of V-C can not be occupied by someone undeserving for the post while hearing a petition against his appointment.

The court was also miffed over the use of the academic title of doctor by Singhal. The double bench of Justice KS Jhaveri and Justice VS Mathur asked how Singhal could use the title when he wasn’t a PhD degree holder. The university administration argued in the court that it was due to a typing error; however, the court said that it wasn’t a typo, instead the university was trying to mislead the court.

Health and medical minister Kalicharan Saraf kicked up a controversy on the issue during the university’s 71st foundation day. He said that Devswaroop appointed as V-C during the previous Congress government also didn’t hold a PhD degree.

“Anybody can add the title of doctor to his or her name. Even chief justice Vedpal was not a PhD, but people like him did a great job of serving the society. Why does the Congress have a problem with Singhal’s appointment?” said Saraf.

The ex-VC Devswaroop was however quoted as saying that the minister’s comments were an attempt to malign his image.

“I did PhD from Agra University three decades ago. I am a DLit,” said Devswaroop.