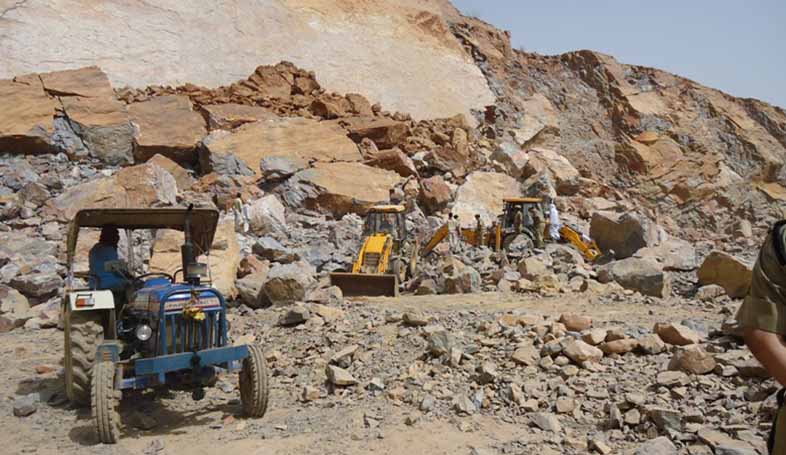 Jaipur: Mining mafia is getting fearless in Rajasthan. A home guard jawan who was part of a mining department team was brutally killed in Dausa’s Mandawar area. The team was checking illegal mining in the area when a tractor driver pushed the victim, Bhawani Singh, to the ground and then ran the tractor over him. He died on the spot.

According to reports, the mining department was receiving complaints about illegal mining near Gadhhimmatsingh in Mundawar area. A team went there to investigate the complaints. The team flagged down a tractor on suspicion that it was transporting illegally mined gravel. The tractor driver pushed Bhawani Singh to the ground and ran the tractor over him. He was rushed to a hospital in Mandawar where doctors declared him brought dead.

Illegal mining is rampant in several areas of Mandawar including Nandana, Tudiyana, Raseedpur and Dholkhera. The gravel is mined from Banganga river. Over 500 tractors transport illegally mined gravel on a daily basis.

Nagaur MP Hanuman Beniwal said that the current and former governments are protecting mining mafia and for this reason, the criminals are getting bolder. They don’t have any fear of the law. The government employees are getting threats when they try to take any action against illegal mining.