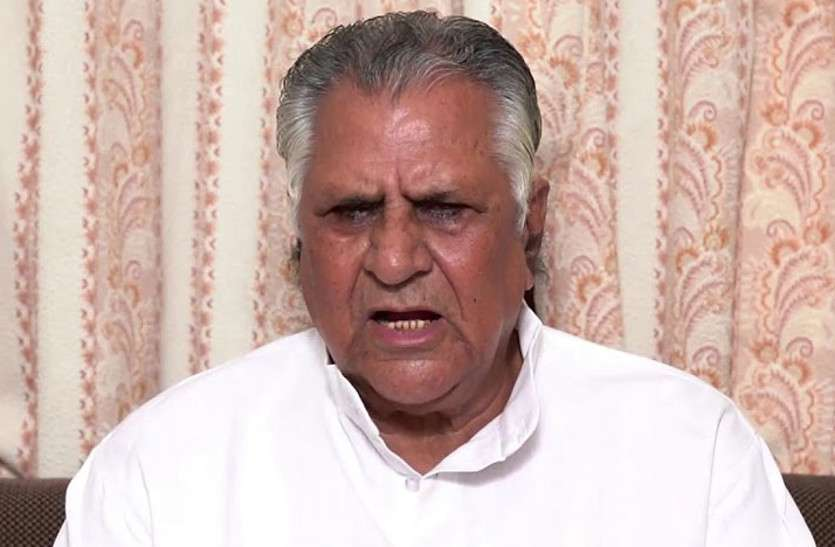 Master Bhanwar Lal who passed away on Monday.

Jaipur: The Minister of Social Justice and Empowerment and senior Congress leader in the state Master Bhanwarlal Meghwal passed away at Medanta Hospital in Gurugram after battling for life for more than six months. He had been admitted to SMS Hospital in Jaipur in May last year after he suffered limb paralysis and serious cardiac troubles at his residence.

Many politicians including Rajasthan chief minister Ashok Gehlot expressed condolences after the death of the senior Congress leader. Gehlot tweeted, “Deeply saddened at the passing away of ministerial colleague Master Bhanwar Lal ji after a prolonged illness. We have been together since 1980. My heartfelt condolences to his family members in this most difficult time. May god give them strength. May his soul RIP”.

The condition of the minister was serous ever since he was admitted to SMS hospital for treatment. He was immediately put on ventilator in Nuero-Surgery ICU. He lost consciousness and fell to the ground. His family members ushed to a hospital in Mansarovar. He was referred to SMS Hospital. He was then shifted to Medanta Hospital for treatment.

Master Bhanwar Lal was an MLA from Sujangarh constituency in Churu district. He is survived by his wife, a son and two daughters.

Master Bhanwar Lal was a physical instructor in a government school. He fought the assembly elections for the first time in 1977 after resigning from his government service. He was defeated. In his career as an active politician over the past 41 years, he has been a member of legislative assembly five times. He won the election as an independent candidate in 1980.