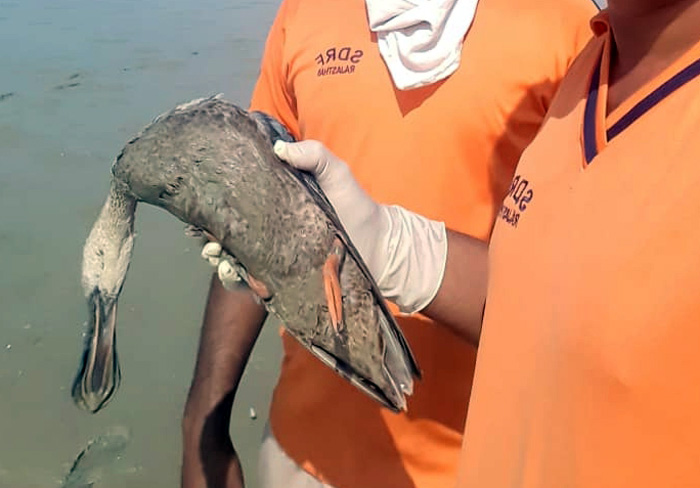 Death of birds at Sambhar Lake.

Jaipur: Following the death of thousands of migratory birds in Sambhar Lake, the Rajasthan government has formed ‘Rajasthan State Wetland Authority’ for the conservation of water bodies such as lakes in the state. The forest minister will be the chairperson of the authority while the principal secretary of the department will be the vice-chairperson.

The formation of the authority had already been announced. Chief minister Ashok Gehlot had instructed the minister and the officials to speed up the process of setting up the authority after the death of migratory words.

The wetland authority will work towards conservation of wetland in the state.

“The central government had instructed all the states to set up wetland authorities in September 2017. The authority will make a list of all the wetlands in the state. They will be formally recognized by the authority. All the departments including water, environment, forest and wildlife will work in coordination to ensure that all the projects related to the development and conservation of wetlands are completed in a timely manner,” said an official.

He added that the officials of UDH, rural development, revenue, forest and environment, local bodies, PHED, water and tourism will be the members of the authority.

Thousands of birds died at the Sambhar Lake, a 230 square kilometre saltwater body located 80 kilometres southwest of Jaipur. These Birds were of over 29 species, including the Northern Shovelers that had flown in from Europe, and Pallas's Gulls, natives of Mongolia and southern Russia.