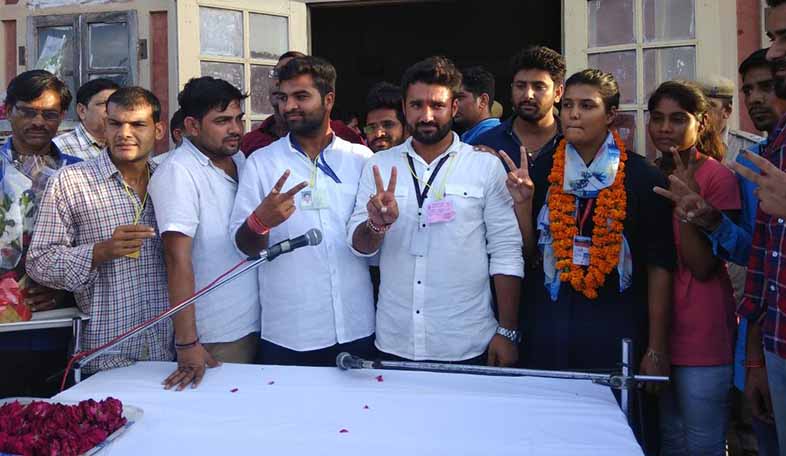 Jaipur: Manvendra Budania was elected general secretary of Rajasthan University (RU) student union on Monday. After being elected, he accused NSUI of casteism. He said that he had sought the ticket for the presidential post, but NSUI played the caste card and fielded Deepak Kumar Meena. Budania said that it was why NSUI lost the top post.

“NSUI lost because it gave preference to a candidate based on his caste. Had I been contested for the presidential post, I would have won,” said Budania.

ABVP’s performance in the election disappointed many. It only bagged the post of joint secretary. Independent candidate Pawan Yadav was elected the president, while NSUI’s Mahima Choudhary was elected vice-president.

The fight for the post of general secretary was among 8 candidates.