The incident has shocked the police department. The robbers were fearless to such an extent that they didn’t take into account the fact that Sanjeev Bhatnagar himself lives in the adjacent house. 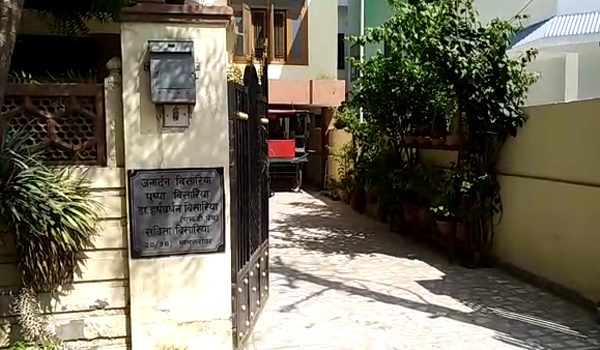 Jaipur: Three unidentified robbers broke into a house near Bhrigu Path in Mansarovar area in Jaipur on Friday night and murdered an elderly woman who is said to be the mother-in-law of Additional SP Sanjeev Bhatnagar currently posted in Rajasthan special operations group (SOG). The woman’s grandson was also beaten up. Watch the video below:

Before committing the robbery and murder, the robbers had tried to break into the house of a former Rajasthan high court judge and former cabinet minister Heeralal Indora. When they couldn’t break into their house, they targeted the Bisaria family. The three robbers wearing just undergarments were caught on a CCTV installed at the house of former minister. The cops have launched a search for them on the basis of CCTV footages. At the judge’s house, some people in the neighborhood in fact woke up and raised an alarm. They even informed the police control room. A police team reached the spot immediately. The robbers managed to loot the Bisaria family despite that.

The victim was identified as Pushpa Bisaria. Grandson, identified as Dr Shaurya Vardhan Bisaria reportedly told the police that the robbers entered the house around 1 am on Saturday. The house was locked from inside and when they couldn’t open it they broke the window grill using a screw driver. They entered the house and tied Pushpa up. On hearing her screams, the grandson rushed to her rescue but they tied him up also. The robbers then made away with jewellery, cash and other valuables that they found in the house. 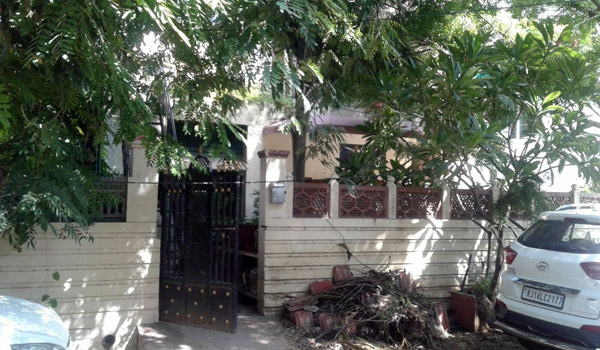 When Pushpa Bisaria protested, they started beating her up. They beat her to such an extent that she fell unconscious. By the time the grandson could help her, she was dead.

Police officials said the motive was robbery and the robbers are suspected to have looted valuables and cash from the house. The woman was beaten to death.

The police are yet to confirm details of the incident that has shocked the department. The robbers were fearless to such an extent that they didn’t take into account the fact that Sanjeev Bhatnagar himself lives in the adjacent house. 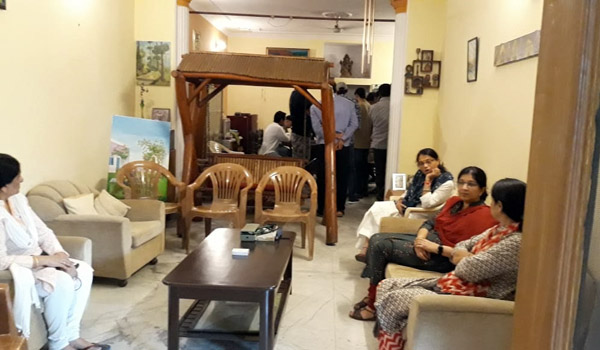 Famiy members in the house after the incident

Pushpa was the mother in law of Sanjeev Bhatnagar, according to preliminary reports. They also The robbers went away with money and jewelry.

Senior police offices from the Jaipur police commissionerate and police headquarters rushed to the spot after they received the information about the robbery.

Going by the modus operandi, the cops suspect the involvement of Kachha Baniyan gang that has been involved in similar violent robberies in the city in the past too. 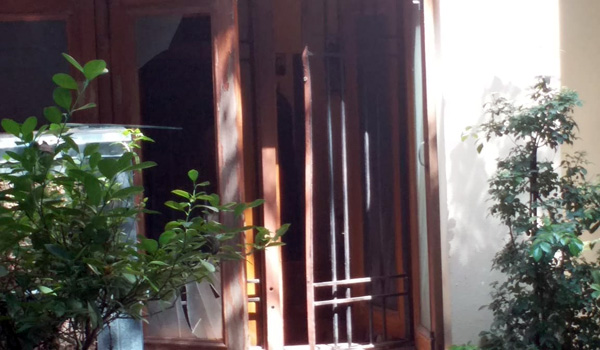 Window that was broken by robbers

The police have found a screwdriver and a pair of scissors that the robbers suspectedly used in removing the grill of the window to break into the house. Meanwhile, they beat the elderly woman. Her grandson was also sleeping in the same room. The robbers also beat up Pusha’s granddaughter.

A dog squad and FSL teams also rushed to the spot for further investigation.

The robbery took place in a posh colony where several VIPs including bureaucrats, politicians and police officers live. It has raised a question mark over the police security arrangements. The Mansarovar police station is nearly 1 km from the spot where robbers struck.

(It’s a developing story and will be updated when more information comes in.) 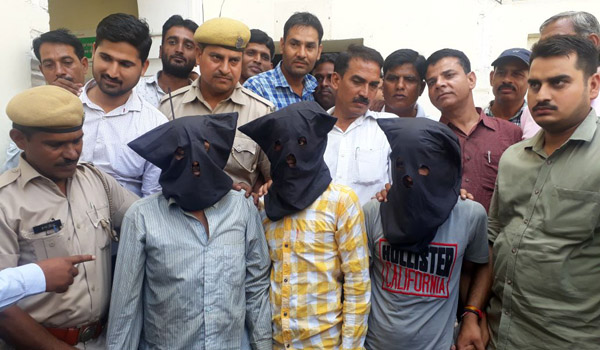