The police suspect that the shootout was the fallout of a gang rivalry between two groups of criminals. 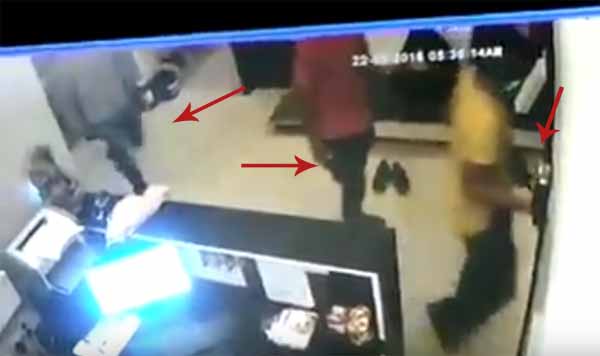 3 criminals armed with guns entering a gym in Sri Ganganagar

Jaipur: A man, Vinod Jat who was known as Jorden, was shot dead by unidentified assailants when he was exercising at a gym in Sriganganagar on Tuesday morning. The man was allegedly a known-criminal and history sheeter. The man was exercising at Metallica Gym & Spa on Meera Marg around 5.30 am. Sources said that more than six bullets pierced the man’s body, killing him on the spot. The police have launched a search for the shooters who were at least three. The shooters were caught on the CCTVs installed in the gym. Watch the CCTV footage below: The police suspect that the shootout was the fallout of a gang rivalry between two groups of criminals. The victim used to reach the gym very early in the morning even before it opened. So he was exercising alone when the shooters came. The gates of the gym can be opened only after a bio-metric attendance. The shooters tried their thumb impression on the bio metric machine, but couldn't open the gates. So they took an employee of the gym at gunpoint and forced him to open the gates. 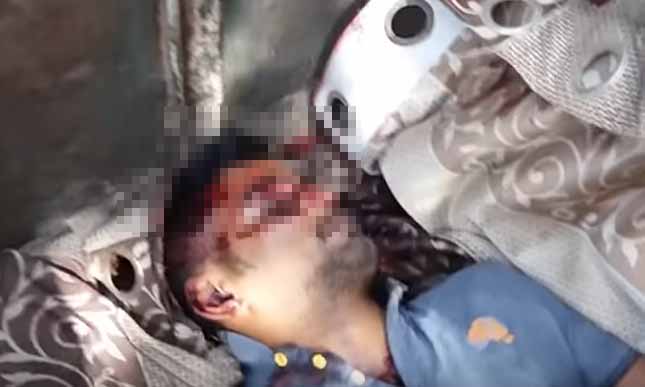 The shootout created panic in the locality. After the shooters fled the spot, a large number of people gathered at the gym. By the time, police reached the spot, the man had died. The body has been put in the mortuary of a hospital for a postmortem examination. The police cordoned off the area and conducted a forensic examination of the spot. It has come up during preliminary investigation that the shooters used country-made guns. The police are studying footages of CCTVs installed in the area to identify the assailants. Heavy police force has been deployed and a massive hunt has been launched for the criminals in Sriganganagar. The victim was a resident of Purani Abadi area in Sri Ganganagar. Police have launched an investigation and said that the shooters will be identified soon.
Follow @ThePinkcityPost