Yashwant Sharma had taken his daughter to a hospital in Ahmedabad. He returned by bus early on Thursday. According to preliminary reports, the father-daughter duo searched for an auto, but they were offered a lift by four men in a van. 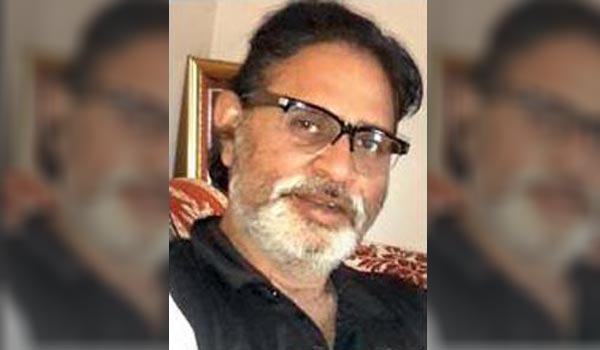 Excise officer Yashwant Sharma who was murdered in Udaipur.

Jaipur: A 56-year-old man, identified as Yashwant Sharma, his daughter and grandson were kidnapped by robbers and when the victim protested, they stabbed him with a knife in Udaipur. Yashwant Sharma who was posted as Office Superintendent (OS) in the Rajasthan excise department died of excessive bleeding. The robbers threw him out of their van, snatched away the purse and other valuables from the daughter and then sped away. The body was recovered near College of Fisheries at Ganesh Ghati in Udaipur. The incident took place near Udiapole bus stand in Udaipur. Yashwant had taken his daughter, Neha Sharma, to a hospital in Ahmedabad. Neha’s five-year-old son Vihan was also with them. The family members returned by bus around 1 am on Thursday. According to preliminary reports, the father-daughter duo searched for an auto, but they were offered a lift by four men in a van. When they got into the van, the men kidnapped them and took them to an isolated place nearby. When Yashwant Sharma kept protesting, they stabbed him with a knife. He died on the spot. They snatched away their purses, mobile phones and other valuables. They dumped the body near the College of Fisheries and sped away. Though the motive behind the murder is yet to be determined, but the police have not ruled out the possibility that the murderers were robbers. Yashwant Sharma’s daughter lives with her in-laws in Jabalpur. She met with an accident there. She was in Udaipur and needed to see a doctor, so her daughter took her to the hospital in Ahmedabad. They were returning from Udaipur when the incident took place. A team from Surajpole police station rushed to the spot. The police have launched a search for the four men who murdered Yashwant Sharma.
Follow @ThePinkcityPost