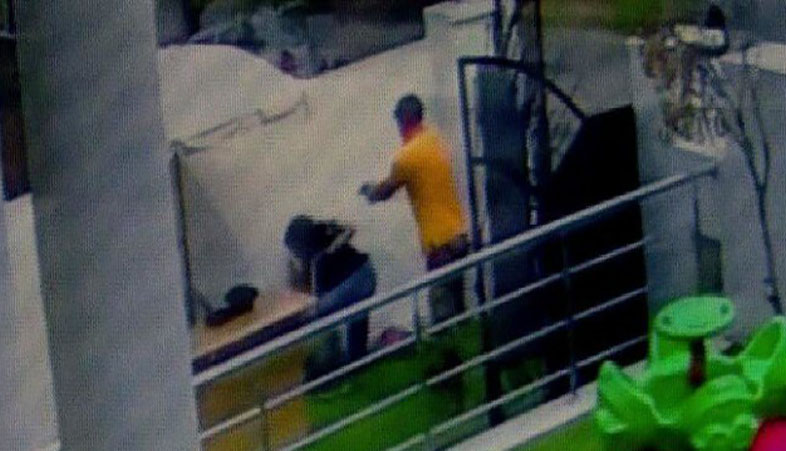 Jaipur: The body of ex-army jawan Bhawani Singh who shot at his wife outside a play school in Hanuman Nagar Extension near Vashali Nagar three days ago was found off Jaipur-Ajmer national highway near Dudu on Saturday.

The body was found lying near the road. His cab was also parked nearby. Police suspect that Bhawani Singh fled from the spot, drove towards Ajmer and then killed himself. A police team from Dudu police station reached the spot when some people spotted the body.

The police had found a note from Bhawani Singh’s house stating that he wanted to kill himself after murdering his wife Poonam Kanwar. He was against her stepping out of the house and work.

They used to fight so frequently that she left him a few months ago and started living with her parents.

On Thursday, Bhawani Singh fire four bullets at his wife Poonam Kanwar outside NYMPH School. One of the bullets brushed her body, while another pierced her cheek and got lodged in the jaw. Singh then entered the school and attempted to shoot his sister-in-law Suman, but she was saved as his gun got jammed.

Bhawani Singh stayed in a flat in Maharana Pratap Nagar in Khatipura with his family. His family said that he had separated from his wife a few months ago and wanted to divorce her.

Poonam (34) is undergoing treatment at SMS Hospital. Her condition is stated to be stable.

Poonam had applied for a teaching job at the school and came for an interview on Thursday. As soon as she came out of the school after the interview, her husband got off a car parked outside the building, took out a gun and started shooting. Poonam collapsed on the ground, completely unconscious.

A part of the incident was caught on the CTTV installed on a wall of the school’s building.