Pritam Das was a resident of Shankar Nagar near Brahmapuri area of Jaipur. 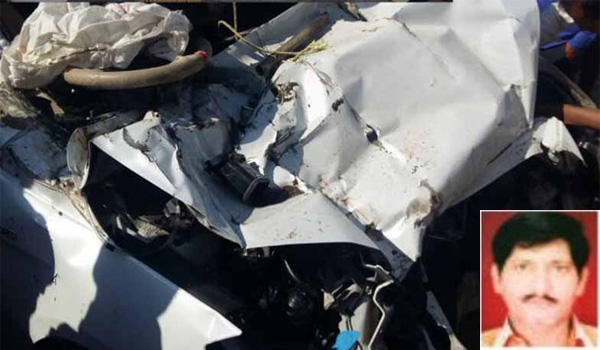 Jaipur: A man identified as Pritam Das (45) died in a road accident at Narayan Singh circle in Jaipur on Monday when the sooty they were travelling on was hit by an overspeeding truck.

Pritam Das was with his daughter Komal on a scooty when the incident happened. He was taking her to the exam center in the morning. A truck lost its balance and crashed into their scooty. Komal received minor injuries. Police are searching for the accused driver who fled away from the spot.

Pritam Das was a resident of Shankar Nagar near Brahmapuri area of Jaipur.

According to the police, the deceased was taking her daughter to the exam center located near Pratap Nagar area of Sanganer in Jaipur. Suddenly, a truck running parallel to their scooty at Narayan Singh circle road lost its balance and rammed into the scooty. The driver of the truck managed to flee from the spot.

Locals informed the police and rushed the father-daughter duo to Sawai Man Singh (SMS) Hospital. The injured man succumbed to his injuries at hospital and doctors declared him dead while his daughter received minor injuries.

Police informed the family members and handed over the body to them after the post mortem examination.

Relatives donated the deceased eyes to the eye bank before taking his body for the funeral.

A case of rash and negligent driving has been registered against the truck driver.