A man murdered his wife by attacking him with scissors and then committed suicide by jumping into a well in Amer area of the city on Monday. 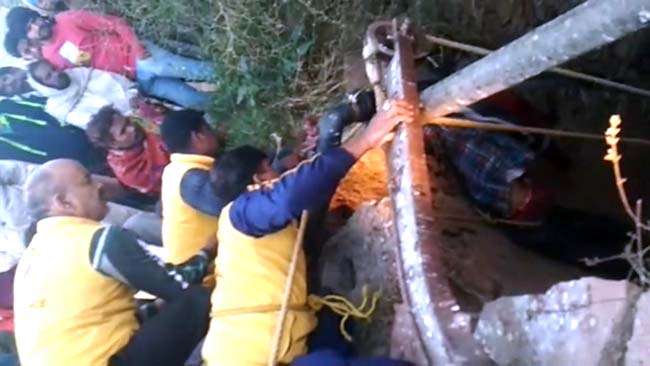 Amer murder and suicide: Man jumps into well after killing his wife with scissors.

Jaipur: A man murdered his wife by attacking him with scissors and then committed suicide by jumping into a well in Amer area of the city on Monday. The police are trying to determine the reason behind the man killing his wife and then taking the extreme step. The body of the man was pulled out of the well.

According to the police, the incident took place in Math village of Amer’s Chavand area. The deceased were identified as Suresh and his wife Pushpa. As the villagers came to know about the murder, they informed the police control room. Senior police officers rushed to the spot. A forensic examination revealed that the man had killed his wife with scissors. The murder weapon was found lying near the body.

After the police spotted the body in the well, rescuers were called. They climbed into the well and pulled out his body. The bodies have been put in the mortuary of a hospital for a postmortem examination.

“We are trying to find out the reason why the man murdered his wife and then committed suicide. According to preliminary investigation we have discovered the couple didn’t have a cordial relationship and used to fight a lot. The statement of the relatives and villagers is being recorded. Further investigation is on,” said a police officer.

He added that the man used scissors as murder weapon. “It has been recovered and sent for a forensic examination,” said the officer.