Bogus social media messages claimed the President was not allowed to enter the temple premises because he is a dalit. The attacker kept shouting: ‘why did you insult the President?’ 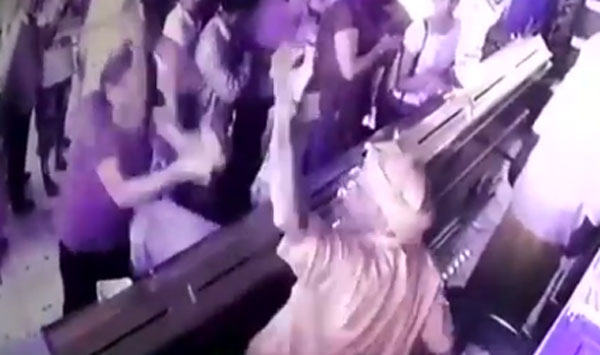 The attack on Brahma temple priest was caught on CCTV.

Jaipur: A man attacked a priest of the world famous Brahma Temple in Pushkar town of Ajmer while the latter was distributing prasad to devotees on Monday afternoon. While attacking the priest with a sharp-edged weapon, identified as Mahadev Puri, the man repeatedly kept saying: Why did you insult the President. He alleged that the President Ram Nath Kovind was not allowed to offer puja inside the temple during his visit to Pushkar on May 14. The attacker claimed that he was an MBBS doctor and identified himself as Ashok Meghwal. Police verified his name and said that it was genuine. However, whether he is a doctor is still under investigation. The incident was caught on a CCTV installed in the temple. Watch the video below:

Priest, Mahadev Puri, saved his life by running into an inner part of the temple; however, he sustained injuries on his hand and back. The attacker was handed over to the police. Officials said that he is a resident of Sojat. Mahadev Puri was admitted to a hospital for treatment. 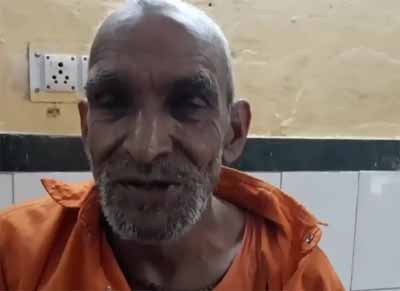 Priest Mahadev Puri who was attacked.

“Why did you insult the president in the temple,” he kept shouting.

On May 14, President Ram Nath Kovid had visited Pushkar’s Brahma Temple and offered prayers along with his wife from the stairs. He didn’t enter the temple premises because the president’s wife had pain in her knees. The president’s daughter had in fact gone into the main part of the temple and offered the prayers from here. The temple administration clarified this immediately, but some mischievous elements started circulating bogus messages on social media sites saying that the President was not allowed to enter the temple because he was a dalit.

The temple administration demanded a probe into these messages and said that the President and his wife offered the prayers from the stairs voluntarily. The temple officials said that many dalit VIPs and bureaucrats offer prayers at the temple on a regular basis.

The incident has raised a question mark over the security at the temple. Two security guards work in shifts at the temple that see a huge crowd of devotees throughout the day. The attacker managed to enter the temple with the sharp-edged object even when he passed through a metal detector.

Security has been beefed up at the temple following the incident.

Although the present Brahma temple structure dates to the 14th century, the temple is believed to be 2000 years old. The temple is mainly built of marble and stone stabs. A red pinnacle (shikhara) and a hamsa bird motif is one of the unique aspects of this temple. Its sanctorum holds the central images of Brahma and his second consort Gayatri. The temple is governed by the Sanyasi (ascetic) sect priesthood.