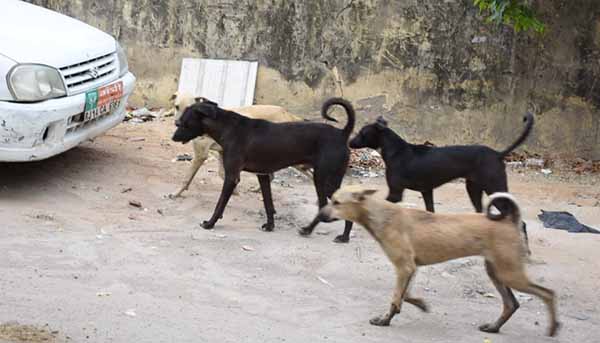 Jaipur: A man was seriously injured when he was attacked by a stray dog in Kamla Nehru Nagar in Jaipur. The German Shepherd dog was a pet earlier, but the owner left the animal stranded after he moved out of the colony, according to local residents.

The incident has yet again highlighted the menace of stray dogs in the city. A few days ago, a 9-year-old boy had to undergo surgery after a pack of stray dogs attacked him.

The latest incident happened three days ago. The victim, Shankar Lal, was on his way home from work when the dog attacked him. He was bitten at 12 different places on the body. Some local residents witnessed the incident and somehow rescued the victim. He was seriously injured and had to be admitted to a hospital for treatment.

Shankar Lal said that the dog was the pet of one KC Gupta who lived in the locality, but when he moved out, he left the dog stranded three months ago. The local residents provide the dog with food.

Shankar Lal – a resident of Chauth Ka Barwada area in Sawaimadhopur – works as a supervisor in the same colony. He said that the local residents informed the municipal corporation officials after the incident, but no one bothered to visit the colony and catch the dog.