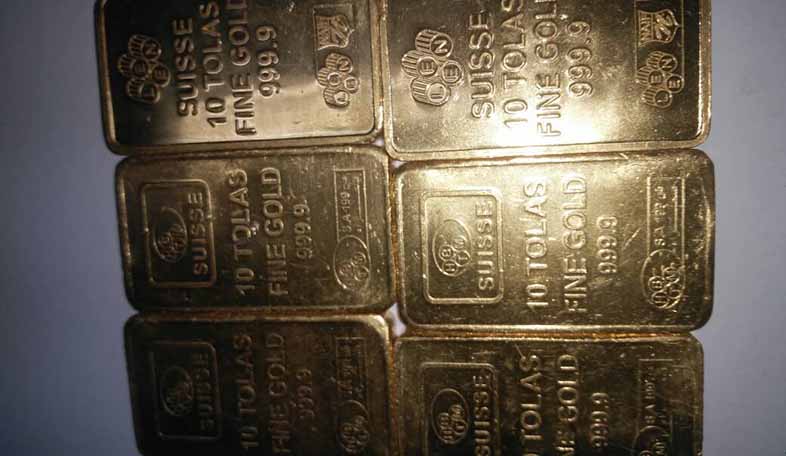 6 gold biscuits seized from a passenger at Jaipur airport on Monday.

Jaipur: Customs at Jaipur international airport seized six gold biscuits worth nearly Rs 18.67 lakh from a passenger on Monday. The passengers coming from Sharjah in an Air Arabia flight had concealed the gold in batteries. He was arrested and booked for smuggling by the customs officials.

“It’s value in the international market has been assessed to be Rs 186783 by a valuer,” said Gadwal.

Amir arrived at Jaipur by Air Arabia flight No. G9 435 from Sharjah in the morning.