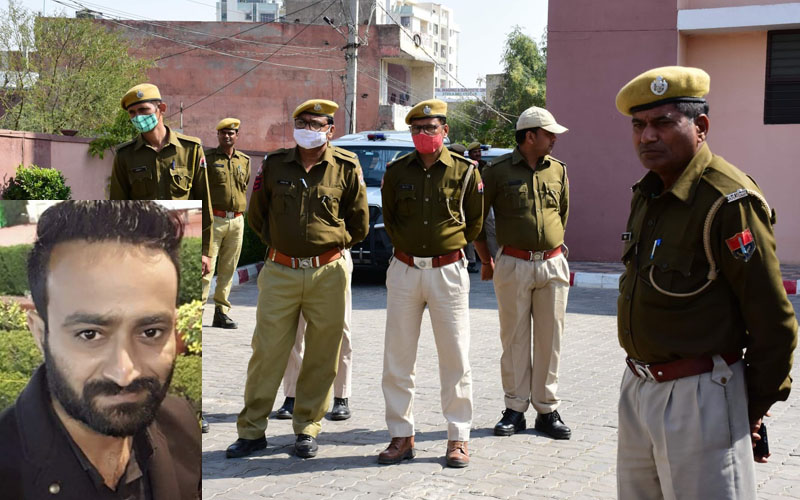 Ankit (in the inset) who committed suicide in police lockup

Jaipur: A 28-year-old man, identified as Ankit Tyagi, allegedly committed suicide by hanging himself in the police lock-up of Jawahar Nagar police station on Sunday morning. The man was arrested under the Protection of Children from Sexual Offenses (POCSO) Act for molesting a 10-year-old girl. The family members of the man alleged that he was detained two days ago, but his arrest was entered into the police record on Saturday.

According to preliminary reports, Ankit had tea at 3:30 am on Sunday. The police came to know about his suicide around 8 am when someone saw him hanging from the lock-up window. He used a blanket to hang himself. Additional commissioner of police Ajaypal Lamba reached the spot. Interrogating the SHO. The body will be brought down in the presence of a magistrate.

The family members of Ankit reached the police station after getting the information about the incident.

The police had arrested Ankit Tyagi, who lived in Muhana Mandi area, under various sections of the POCSO act. Ankit was accused of molesting a 10-year-old minor girl on Friday. He was caught based on CCTV footages. He was taken into custody and then later booked. Ankit worked in a private company.

A forensic examination of the lock-up where he committed suicide was also conducted. Police officials said that further investigation is going on.