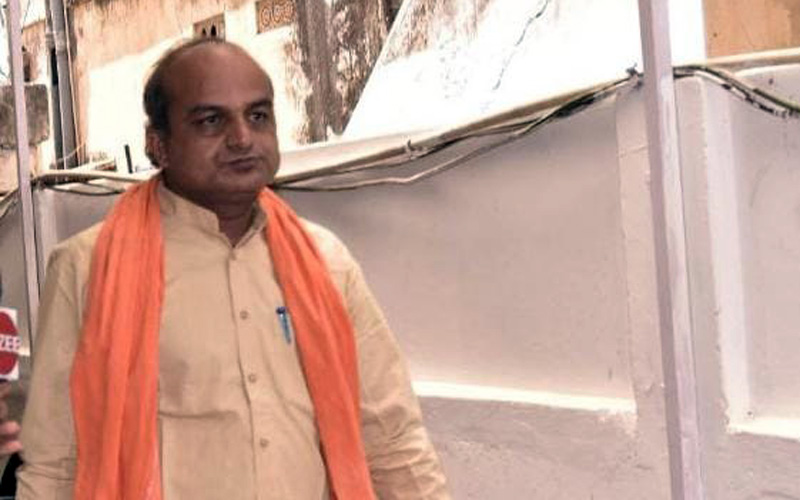 Jaipur: The Rajasthan police on Thursday arrested the main accused in Dr Archana Sharma suicide case. The police had announced a cash reward of Rs 5,000 for any information leading to his arrest as he disappeared after he was named in the FIR lodged against him and others for instigating the doctor to take the extreme step. The accused, identified as Ballya Joshi, was arrested from Jaipur.

The police said that after the death of a pregnant woman under treatment from Dr Archana Sharma, Ballya Joshi and his supporters staged a protest outside the doctor’s hospital. Under pressure, Dr Sharma committed suicide.

After the doctor’s suicide when the administration and the people expressed their anger over the incident, the accused persons who protested and allegedly harassed the doctor’s family disappeared. The investigating officer named these people in the FIR. Ballya Joshi was named as the main accused.

In an interview to a news channel before the arrest, Ballya asserted that he was innocent and being implicated in this case. He said that he reached the site almost six hours after the protests started. The police were implicating him under political pressure. He also claimed that Dr Archana Sharma has taken the extreme step due to some disputes in the family.

Dr. Archana Sharma co-owned a hospital in Lalsot town of Dausa district. A pregnant woman had died during delivery. After this, the family filed a case of murder. Archana Sharma (42) committed suicide after the murder case was registered. A suicide note was also found in Archana Sharma’s room.