The appointment is also being considered a big victory for Vasundhara Raje who was against the appointment of Gajendra Singh Shekhawat as the BJP president. 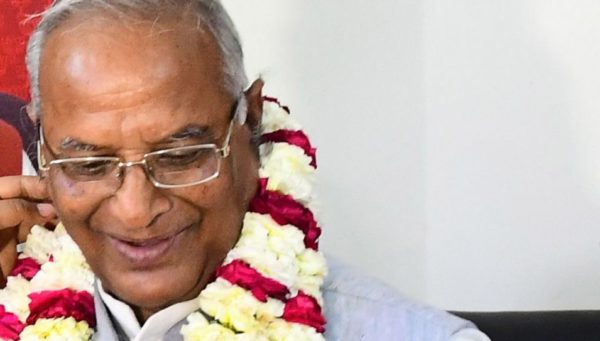 The appointment is being considered a big victory for Vasundhara Raje who was against the appointment of Gajendra Singh Shekhawat as the BJP president. The party high-command wanted to appoint Shekhawat, but Raje opposed it, saying that this wouldn’t go in favour of the BJP during the upcoming assembly elections.

Vasundhara Raje and her ministers had been in touch with many senior leaders in Delhi since June 13 after Amit Shah brought them on a negotiation table, but failed to reach a consensus on a mutually aggregable candidate. 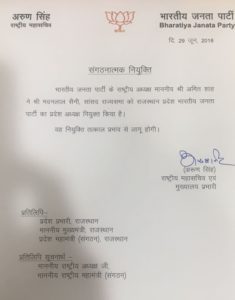 Madan Lal Saini had been recently elected to Rajya Sabha unopposed along with two other leaders – Kirori Lal Meena and Bhupendra Yadav from Rajasthan. Saini had been an MLA from Udaipurwati constituency.

Many BJP leaders were glad that the issue had been finally resolved and a candidate for the party’s top post in Rajasthan had been selected with consensus.

“The party’s campaigning at the grassroots level was getting suffered, so it was very important for the party to fill the post,” said a BJP leader, pleading anonymity.