Machia Biological Park of Jodhpur, which was inaugurated in the year 2016 has become the popular tourist’s spot of Jodhpur. More than 10 lakh tourists have visited the biological park ever since its inauguration. 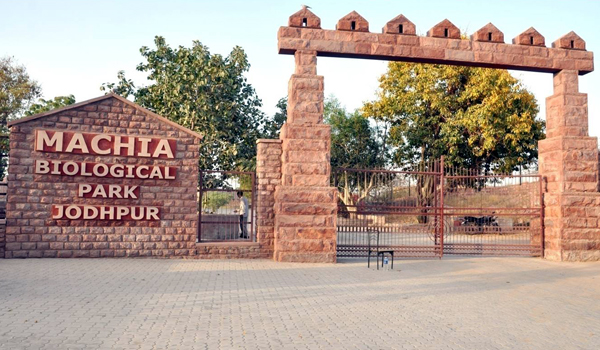 Jaipur: Machia Biological park of Jodhpur, which was inaugurated nearly two years ago has become a popular tourist destination. It has attracted more than 10 lakh visitors since its inauguration in 2016.

Jodhpur – known for heritage places – is now attracting tourists due to this wildlife destination.

The popularity of the park has resulted in a boom for the local tourism industry. The biological park has generated around Rs 3.5 crore revenue in the last two years.

According to Ashok Panwar – a senior park official, the number of tourists in the park is increasing with each passing day. The park is becoming famous among wildlife enthusiasts. Maintaining wildlife in this region is a bit hard due to the limited resources and rocky surroundings, but the forest department is making all possible efforts to preserve the wildlife, the officer added.

Machia Biological Park is situated in Jodhpur and was inaugurated on January 26, 2016. Not only local, but foreign tourists are also visiting the park.

The park has 28 types of plants that include Azadirachta Indica (Neem) tree, the acacia tree, emblic plant, and much more varieties. The wildlife species of the park include crocodiles, panthers, Jackal, wolf, bear and fox.

There are many facilities for the visitors including resting shelter, golf court, cafeteria, and the water point.

Timings of the Machia Biological park:

The biological park remains closed on Tuesdays. The entry is free for the children below 5 years age.