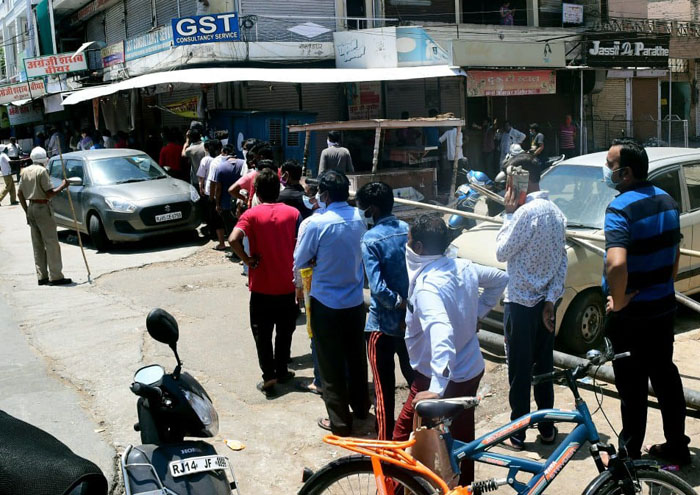 Long queues outside liquor shops in the city despite COVID-19 lockdown.

The state government allowed the liquor shops to sell liquor on Monday.

“People were not following social distancing norms. There was a huge crowd of customers in the shop situated outside our colony. It has increased the risk of the virus spread in our area. I don’t know how the government can allow this,” said Mahesh Pareek, a resident of Chitrakoot area.

As many as 130 new COVID-19 positive cases were reported in Rajasthan till Monday afternoon. Jodhpur reported 76 cases, the highest in the state followed by Chittorgarh (19), Jaipur (15), Pali (11), Kota (3), Rajsamand (2) and Bikaner, Dholpur, Alwar and Udaipur (1 each). The total case count has crossed 3,000 in the state. With six more deaths being reported on Monday, the death toll has gone up to 77.