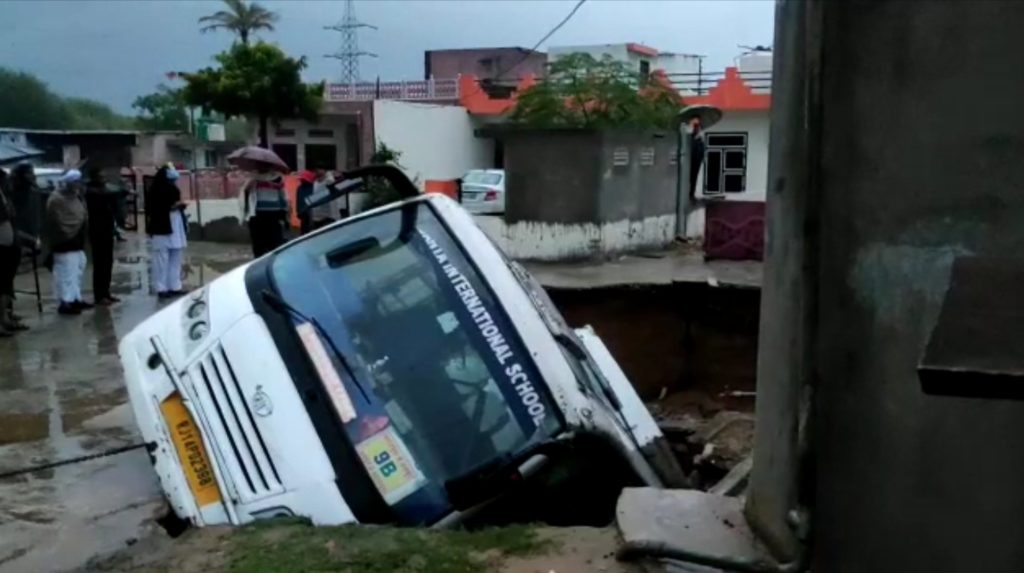 A school bus gets stuck into a pothole caused by lightning in Amer area of Jaipur.

Jaipur: Lightning struck in Amer area of Jaipur again. It caused a pothole in the ground due to mudslide so big that a school bus slid into it and got stuck. There were cracks in some houses in the vicinity, according to eyewitnesses. No loss of life was reported.

Lightning struck in Lesuva Ki Dhani of Labana village near Amer. Eyewitnesses said that the locals heard a loud thunder. It was deafening. They rushed out of their homes and saw a pothole caused by mudslide that happened due to the lightning. There was a school parked nearby. It slid into the pothole and got stuck there. There was no one in the bus at that time.

A house where the lightning struck developed cracks.

It is for the second time in six months that lightning has struck in Amer area. On July 11, the lightning struck on watch towner in Amer Palace when there were over 40 tourists. Some people were killed, while many others sustained injuries in the accident. Some people also fell into the gorge.