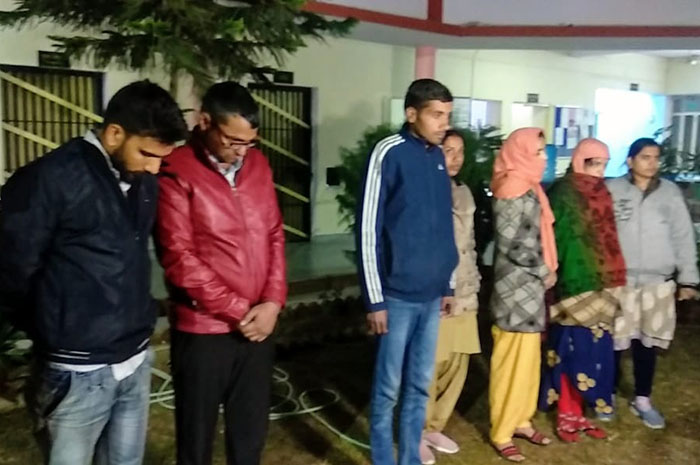 Jaipur: The paper of Librarian recruitment 2019 was leaked two hours before the exam was to begin. A crime branch team of Jaipur police commissionerate raided a paying guest hostel in Vidhyadhar Nagar area and arrested six people including two women candidates.

Three others including the kingpin, identified as Sandeep who runs a coaching institute and middlemen Shiv Bhagwan and Vikram are still at large. The police have launched a search for them, senior officials said. The board conducting the exam is yet to clear its stand on whether the paper leak happened or not. The future of thousands of candidates who appeared in the exam hangs in balance as the uncertainty prevailed over if the paper would be cancelled. The board officials said that a decision in this regard will be taken after they receive a report from the police.

The paper of the Librarian recruitment exam was to begin from 9 am. But the paper leaked two hours before the exam. In the searches at the PG Hostel, the police seized laptop, printer, mobile and Rs 30,000.

It has come up during preliminary investigation that the paper was sold to the candidates for Rs 5 lakh each.

Those who were arrested are:

“Some other members of the gang are at large. We have launched a search for them. The questions in the paper found in possession of those arrested match exactly with the questions in the original paper,” said a senior police officer.