The cub was tracked for nearly 12 hours. The cub has been kept under medical observation for injuries on backbone. 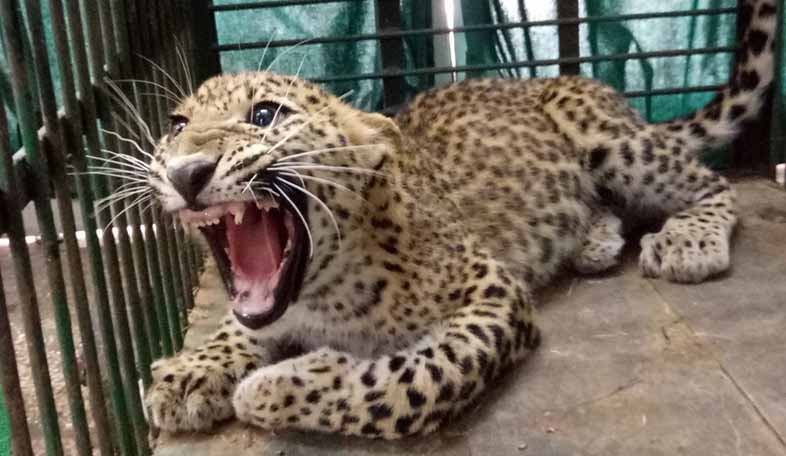 A leopard cub was rescued from Jhalana Park in Jaipur on Sunday.

Jaipur: A leopard cub was rescued from Jhalana Park on Sunday. The sub-adult leopard was injured and unable to walk properly. An expert team of Jaipur Zoo tranquilized the leopard and brought it to the zoo for a medical examination and treatment.

Officials said that the cub’s mother was also in Jhalana area, making the rescue operation risky because she could have attacked the rescue team. However, the rescue team managed to tranquilize the leopard after tracking him for more than 12 hours.

Senior veterinary officer, Jaipur Zoo Dr Arvind Mathur said that they got the information about the presence of a sub-adult leopard in Jhalana Park on Saturday evening.

“We tracked him in the night, but due to the dark and the presence of his mother nearby it was not possible to rescue him at that time. We managed to track the leopard cub on Sunday morning. He was not able to walk properly, hence we tranquilized him and brought him to the Zoo for examination and further treatment,” Mathur said.

On detail examination of the leopard it was found that there was trauma on his backbone and it was causing lameness.

Essential medicines were given, he added.

The leopard is under observation and intensive monitoring is being carried out for his speedy recovery.

The leopard is nearly 5-6 months old.

Leopards are coming into the city in search of food and water, said officials.