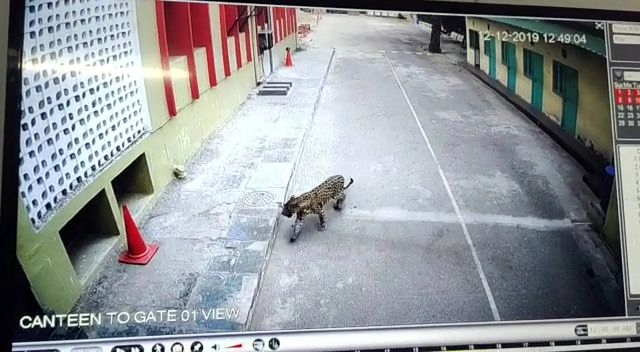 Jaipur: Almost 24 hours after a leopard was spotted at SMS School, the animal was tranquilized at a house in Lalkothi area on Friday. The forest department teams tracked the animal in several residential colonies before spotting him in Lalkothi. SMS School administration declared leave on Friday due to the scare. The leopard reportedly injured a man before being tranquilized.

The leopard was running scared and spotted at several places between Motidoongari Circle and Tonk Road. The reports of his sightings at homes, shops, gardens and hotel premises kept coming in throughout the day on Thursday and then Friday. By the time the leopard was spotted at SMS School on Thursday, the children had left after the classes. Had the leopard strayed into the school during the school hours, it could have attacked students, the officials said.

“The school administration had declared leave on Friday due to the scare. The animal was caught on CCTVs installed at the school throughout the day,” said a senior forest department officer.

The animal was finally tranquilized from a home in Lalkothi, almost 24 hours after it was first sighted.

The leopard will be released into the Jhalana forest, the official added.