Bagadia and Vishnoi were killed in six days ago after being shot during violent protests in Congo. 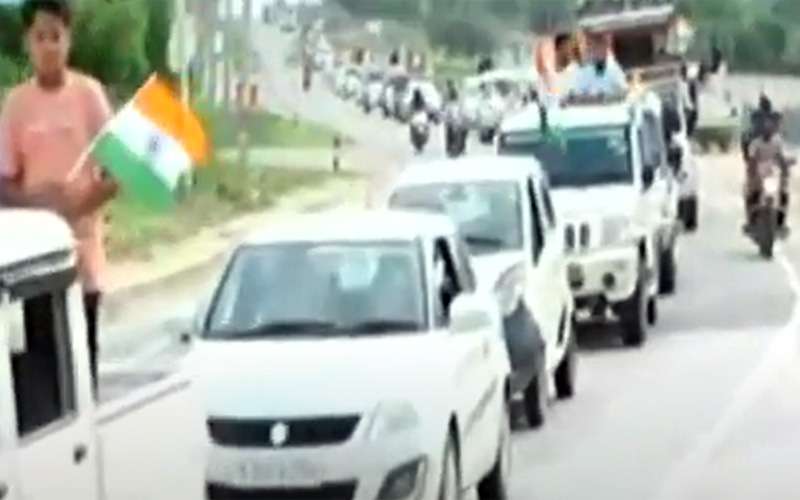 A Tiranga Yatra was taken out by villagers in martyred BSF jawan's native village.

JAIPUR: After the mortal remains of two BSF jawans - Shishupal Bagadia and Sanwala Ram Vishnoi – reached their respective villages in Sikar and Barmer, the final rituals will be organized on Monday.

Bagadia and Vishnoi were killed six days ago after being shot during violent protests in Congo. The family members had been waiting for their last remains since they received the news of the martyrdom.

The last remains of the BSF head constable Shishupal will be consigned to flames with state honours. The villagers took out a Tiranga Yatra (tricolour procession rally) from a local police station to the cremation ground for 18 km in honour of the martyr. The villagers expressed proud over Shishupal’s martyrdom and said that many members of his family are serving in the army.

The mortal remains of the two soldiers reached Rajasthan on Sunday evening. The BSF organized a wreath-laying ceremony at Jodhpur Airport. The bodies had been brought to Jodhpur Airport in an Air India flight.

They were sent to their native villages on Monday morning.

The family members had been waiting for the last remains for the past six months and had appealed to the union government and army including Prime Minister Narendra Modi to expedite the process.