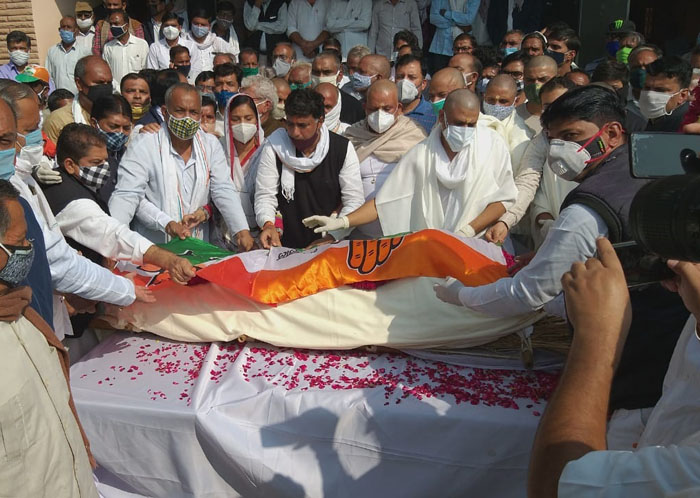 Jaipur: The last remains of senior Congress leader Master Bhanwarlal Meghwal were consigned to flames, a day after he passed away at Medanta Hospital in Gurugram after battling with a prolonged illness for more than six months. The last rites were held at Sujangarh in Churu district – his home constituency. The Rajasthan government declared state mourning on Tuesday.

The body of Master Bhanwar Lal Meghwal was kept at his residence before the last rites. Thousands of people attended the funeral. Sujangarh town remained close to mourn the death of the senior politician.

Master Bhanwarlal had passed away on Monday. Master Bhanwar Lal was an MLA from Sujangarh constituency in Churu district. He is survived by his wife, a son and two daughters.

Master Bhanwar Lal was a physical instructor in a government school. He fought the assembly elections for the first time in 1977 after resigning from his government service. He was defeated. In his career as an active politician over the past 41 years, he has been a member of legislative assembly five times. He won the election as an independent candidate in 1980.