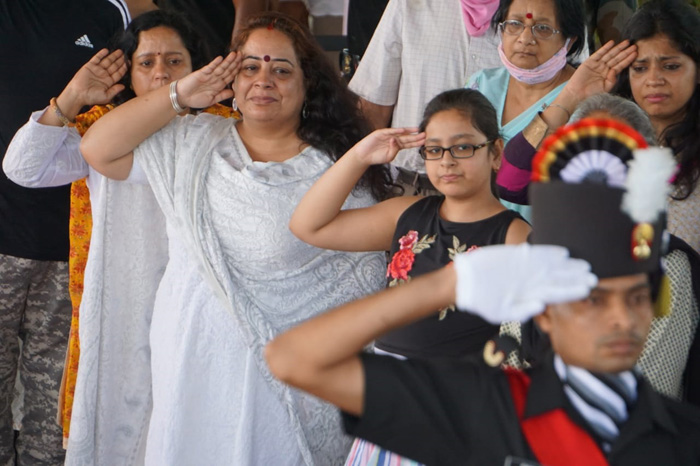 Martyred colonel Ashutosh Sharma's wife and daughter at his last rites in Jaipur on Tuesday.

Jaipur:  The last remains of decorated Colonel Ashutosh Sharma who was among the five-security personal killed in an encounter in Jammu and Kashmir’s Kupwara district were consigned to flames with full army honour in Jaipur on Tuesday.

Even as lockdown restrictions are in force, Rajasthan chief minister Ashok Gehlot and several other dignitaries attended the funeral. Gehlot said that Rajasthan would forever remember the decorated colonel’s ultimate sacrifice. The least the government could do was to take care of the martyr’s family, Gehlot said.

The funeral took place at Purani Chungi crematorium. Colonel Ashutosh’s wife and his brother lit the pyre. Wife Pallavi couldn’t hold back her tears when the last rites were performed.

“Ashutosh was a brave man and he died like a brave man. I would forever be very proud of him,” the wife said.

Chief minister personally met each member of the family and expressed his condolences.