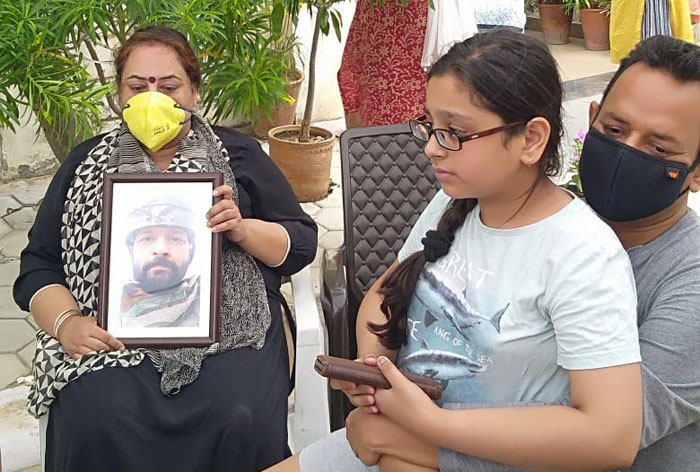 Jaipur: The last remains of decorated Colonel Ashutosh Sharma who was among the five security personal killed in an encounter in Jammu and Kashmir’s Kupwara district reached Jaipur on Monday. His last rites will be held with full army honours in the city on Tuesday. The body is being kept in the army hospital.

Ashutosh’s wife Pallavi, their daughter Tamanna, his brother Piyush Sharma were among the family members who were present when his body arrived at the airport. The body was then taken to the army hospital.

“My brother sacrificed his life for the country and we are very proud of it. My brother was a very brave army officer. He had been awarded several army honours for his services to the nation. He had said that he would catch the next flight to visit home as soon as the army operation was over,” said brother Piyush.