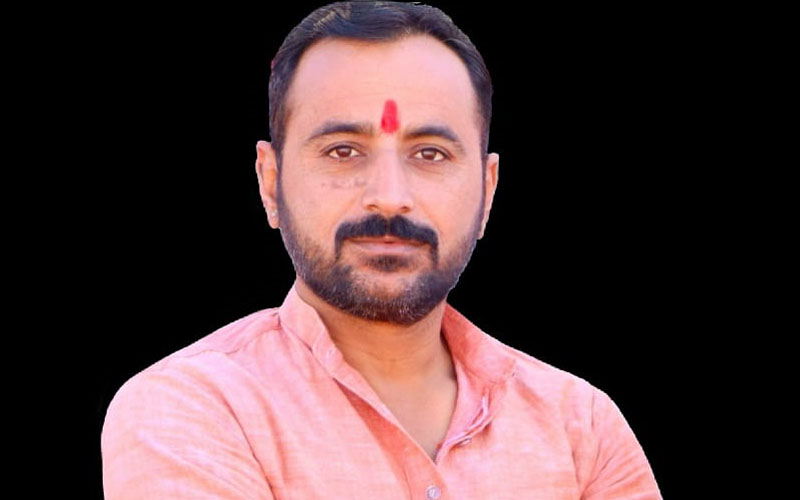 Jaipur: Lalu Singh Sodha of Karda, a border village in Jaisalmer district, has been appointed as the student head of Bajrang Dal's Jodhpur province. The appointment was made during a state meeting of Vishwa Hindu Parishad held recently in Jodhpur.

In the meeting, National President Dr. Ravindra Narayan Singh discussed the work of the organization. Singh handed over the responsibility of the student head to Sodha.

Sodha told The PinkCity Post that there are three provinces of the right-wing organization in Rajasthan - Jaipur, Jodhpur and Chittor. Of these three provinces, the responsibility of a big province like Jodhpur was given to him which is a matter of pride. The province of Bajrang Dal organization will work towards adding more and more students to the organization and inculcate values in them.

Sodha said he had been associated with the organization since 2008. He has been working continuously for cow protection and nationalism on the border. He has raised local issues and problems that the people face in the border region. Since 2010, he has also led the students at the state level by being the District Convener and State Co-Minister of ABVP. He was associated with Vishwa Hindu Parishad, Bajrang Dal since2014 and after that, he was also District Convener and Department Coordinator.