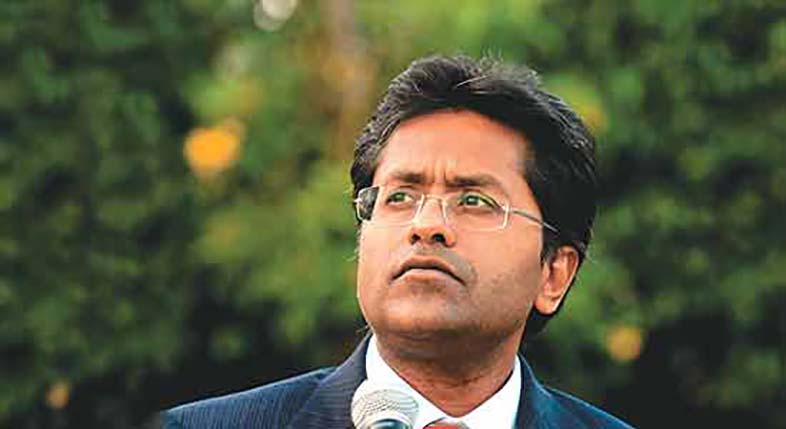 Jaipur: Former IPL commissioner Lalit Modi has resigned from the Nagaur District Cricket Association in Rajasthan. He was the president of the cricket body. On Friday night, he put out a three –page resignation letter in which he bade ‘goodbye to cricket administration for now' and appealed the BCCI to revoke suspension of Rajasthan Cricket Association (RCA) so that it could regain its lost glory.

Dear Fans of cricket & the lifeline of the game. I want to take this oppertunity 2 thank each & everyone of you for making @IPL what it is🙏🏾 pic.twitter.com/WOIlYUaRs1

"I feel that the time is now ripe to pass on the baton to the next generation. Thus, today I want to bid goodbye to cricket administration for now," he said. BCCI refused to revoke suspension of RCA until Lalit Modi was not removed from Nagaur Cricket Association. After senior Congress leader in Rajasthan CP Joshi was elected as the RCA president in June, Joshi had suspended the Nagaur district cricket association and wrote to the BCCI, requesting it to revoke RCA’s suspension. BCCI had suspended RCA in May, 2014 after Lalit Modi was elected president. Modi, who was the founding chairman of the IPL, was suspended by the BCCI on April 26, 2010, following various allegations of misconduct. After Modi left the country citing security reasons, a special enquiry panel appointed to conduct an enquiry into the 11 charges against Modi found him guilty on eight counts. As a result, a special general meeting of the BCCI expelled Modi for life on September 25, 2013. Modi is on the run from Indian authorities and in exile. In March, the Interpol rejected India's appeal for a global warrant against him. Rajasthan has not hosted a single Indian Premier League (IPL) or an international match in the past 3 years. Lalit Modi's 22-year-old son Ruchir Modi had fought against CP Joshi for the top post and lost. Related stories: Nagaur cricket association dissolved; Lalit Modi, RC Nandu suspended from RCA BCCI refuses to revoke suspension of RCA, says remove Lalit Modi first
Follow @ThePinkcityPost