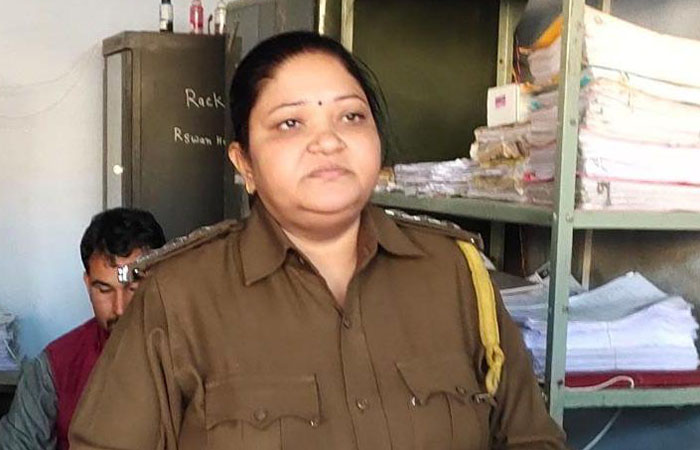 Jaipur: A day after RTO inspector Mukta Varma Soni was arrested for allegedly taking Rs 70,000 bribe, the Rajasthan anti-corruption bureau (ACB) carried out searches at her Jaipur-situated house and other places belonging to her. Mukta’s family owns a house on Gokhle Marg in Mansarovar. Her husband is a jeweller.

The ACB had allegedly trapped Mukta at RTO’s Reengus office on Wednesday. The agency had received a complaint from one Dharmapal Bijarnia, a resident of Losal. The complainant alleged that Mukta demanded Rs 1.5 lakh bribe from him for allowing his 22 overloaded trucks to pass through the area. After negotiation, she agreed to accept Rs 70,000, an ACB officer said.

“The ACB received the complaint on November 30. A Jaipour rual ACB team was sent to Reengus for verification and then a trap was laid. She was caught red-handed accepting the bribe,” said the officer.

She was arrested and booked under various sections of the Prevention of Corruption Act.

Mukta has been posted in Reengus office for the past two months. The ACB had sealed her Mansarovar-situated house and deputed guards. The officials said that the house was being searched in the presence of the family members.