Lady police constable mowed down by cow-smugglers in Ranchi

The lady police officer was trying to intercept a pick-up van on suspicion of cow smuggling. The driver crushed her to death. 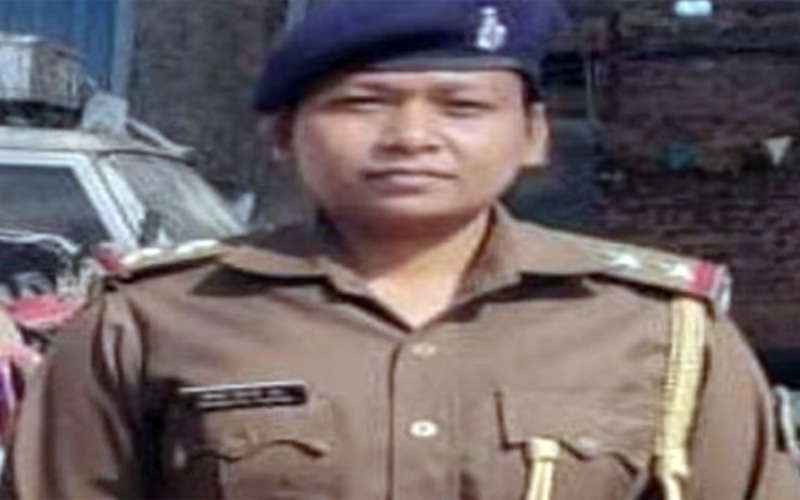 The lady cop who was killed by cow smugglers.

A day after a police officer of DSP rank in Haryana was mowed down by the mining mafia, a woman sub-inspector was murdered in Jharkhand. The lady police officer was trying to intercept a pick-up van on suspicion of cow smuggling. The driver crushed her to death.

The incident took place in Tupudana area in Ranchi around 3 am on Wednesday. The sub-inspector was identified as Sandhya Topno.

According to preliminary reports, the SI got a tip-off that a vehicle carrying animals will pass through the area. She put barricades on the road passing through the area and started checking vehicles. She was accompanied by two police constables. She signalled the pickup van to stop after checking an Alto car. The driver didn’t stop and mowed her down. The vehicle then fled from the spot.

Along with Sandhya Topno, two more constables of the police station were also present during the checking. After the incident, the police started chasing the pickup van. The pickup van overturned due to overspeeding. The police have arrested two people including the driver. they are being interrogated.

Sandhya Topno was the sub-inspector of the 2018 batch. She joined the police force only four years ago. Sandhya Topno's body has been brought to RIMS in the capital. A post-mortem examination will be conducted.