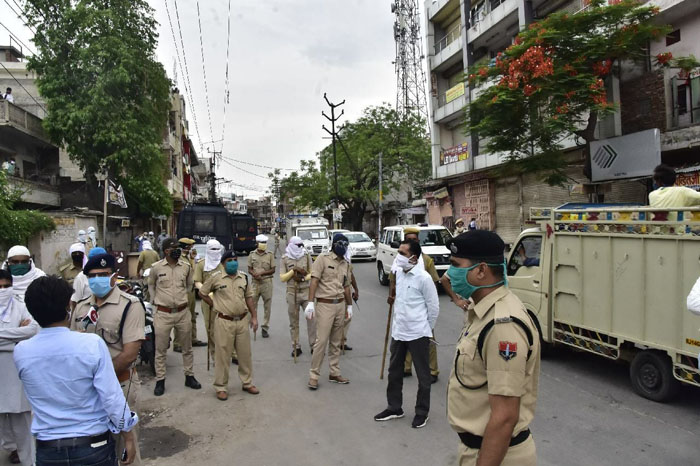 Jaipur: The police had to use minor force to disperse a crowd of labourers while they were demonstrating in Shashtri Nagar area of Jaipur on Monday. The labourers were demanding they be allowed to return to their native state.

According to preliminary reports,many of the demonstrators had applied for migration online and with the printouts of ‘migration passes’ in their hands, they marched towards the district collector office. A police team from Shashtri Nagar police station including SHO Sajjan Singh reached the spot and asked them to return home; however, the labourers didn’t budge. The cops had to resort to minor lathicharge. It created a stampede-like situation.

Senior police officers rushed to the spot and somehow placated the demonstrators. The people complained that they were running short of grocery, putting them at verge of hunger. They also demanded that they should be provided rice instead of wheat.

The majority of the demonstrators are residents of West Bengal. They are living in rented accommodations in Painter Colony. They told the police officials that they were jobless during the lockdown and many landlords were asking them to vacate as they were unable to pay rent.

The Rajasthan government has started online registration of migrant workers on its eMitra website. Lakhs of people have registered online; however, they are waiting for their turn to return home.