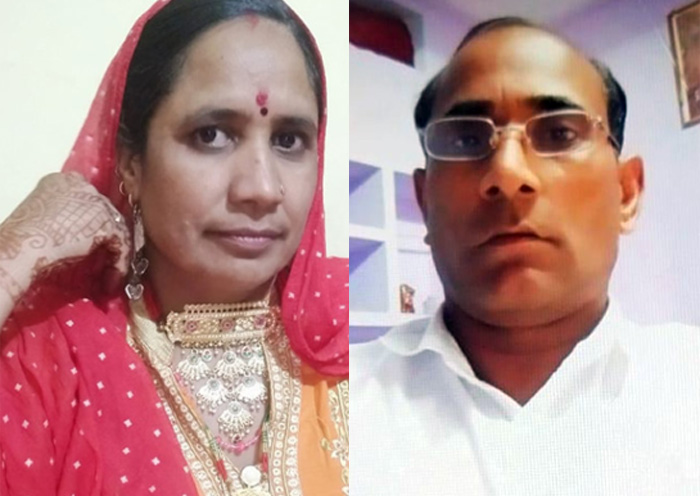 Woman and her paramour who were murdered by her son.

Jaipur: A 20-year-old youth shot to death his mother and her paramour – an Ayurveda doctor after he saw them in a compromising position in Kotputli area of Jaipur district on Saturday morning. The youth, identified as Pankaj Choudhary, was already aware of the couple’s extra-marital affair and was against it. After the murder, Pankaj called up her sister, informed her about what he had done and escaped. The sister then informed the police about the incident.

The incident took place at the house of doctor Matadeen Shekhawat in Shiv Colony of Kotputli. Pankaj’s mother – Suman Choudhary (38) had separated from her in-laws a few years after her marriage and was living with her son. Pankaj is pursuing graduation from a college in Haryana and used to occasionally visit her mother. Suman was resident of a village near Kotputli while Matadeen belonged to Bansur in Alwar. Matadeen was married and his wife and two children live in Bansur. Matadeen ran Ayurveda hospital in nearby Ramsinghpura village and lived in Shiv Colony.

Suman and Matadeen were neighbours and lived in the same building on different floors. Pankaj was aware of their affairs and had told his sister and other family members about it.

On getting information about the murder from Pankaj’s sister on Saturday, a police team rushed to the doctor’s house and found Suman and Matadeen lying in a pool of blood. They were shot on their heads at point black range.

Police suspect that Pankaj saw them in a compromising position and shot them. The police are trying to determine how Pankaj had a gun.