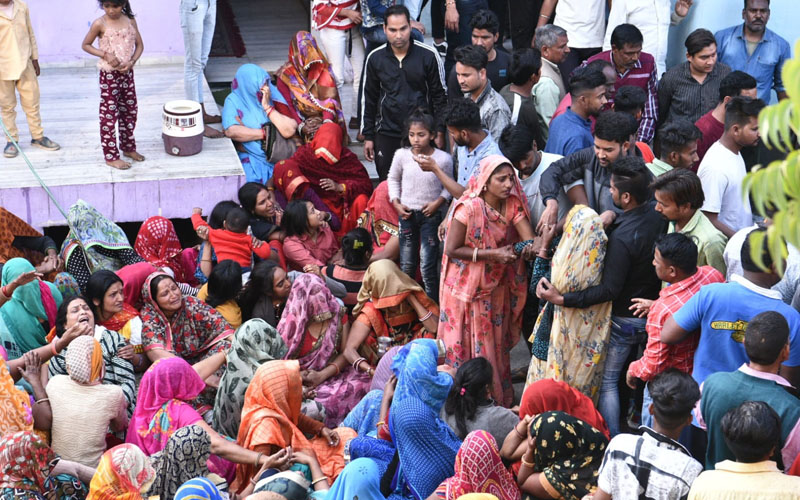 Jaipur: At least nine people were killed when the car they were travelling in fell into Chambal River from a flyover on Sunday morning. Six of the victims were from Jaipur. Their bodies arrived in Jaipur after a post-mortem examination in the evening. The victims included a groom who was on his way to Ujjain from Chauth Ka Barwara in Sawaimadhopur for the wedding ceremonies.

The groom, identified as Avinash Valmiki, was with his friends and a few relatives in the car. The mishap occurred around 5.30 am. The wedding procession included the bride’s car and a bus carrying 70 passengers. The two vehicles left for Ujjain early in the morning. The guests had tea at a dhaba in Keshoraipatan. The car was behind the bus.

Someone who was feeding fish saw the car following which the police were informed. The bodies were pulled out by a rescue team and brought to the mortuary of MBS Hospital.

The police are yet to ascertain how the car fell into the water. It is believed that either the driver lost balance due to overspeeding or he napped. There was no railing on the flyover.