Anurag was reported missing on December 28. He was a student of Class 11 and preparing for NEET. 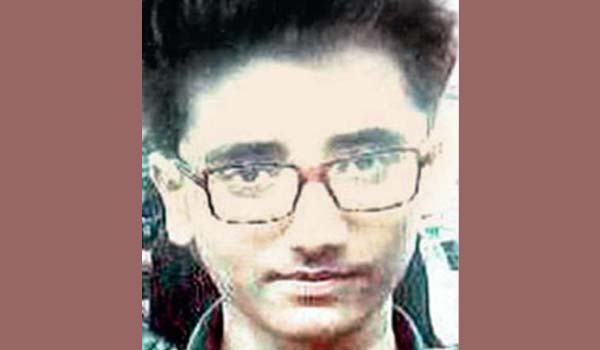 body of Anurag Bhartiya was found floating in the river in Bhanwar Kunj area of Kota.

Jaipur: The body of 16-year-old Anurag Bhartiya, a NEET aspirant who belonged to Sitamani area in Bihar, was found floating in Chambal river near Bhanwar Kunj area of Kota, almost a week after he was reported missing, police officials said. Anurag was a coaching student, preparing for medical entrance examinations in Kota.

He disappeared on December 28. His family members had arrived in Kota on January 1 and registered a missing person’s report with Jawahar Nagar police station.

According to preliminary reports, the body of Anurag was found floating in the river near Bhanwar Kunj, a popular picnic spot in Kota by some people. They informed the police following which a rescue team from the Kota Municipal Corporation was roped in.

The body was fished out and identified to be that of Anurag. He was rushed to a hospital where doctors declared him brought dead. The police have put the body in the mortuary of a government hospital and informed his family members.

The police have launched an investigation as to how Anurag drowned in the river.

“We are investigating whether it was an accident or he committed suicide by jumping into the river,” said a police officer.

Anurag had enrolled in class 11 in a Kota school and was preparing for NEET, the police officials said.

He was staying in a hostel in Talwandi area.

Anurag’s two sisters are also in Kota to prepare for NEET and all three siblings study in the same coaching institute. However, three stay at separate hostels.

During the search of missing student’s hostel room, several empty tubes of Bonetix, a solution used to adhere shoes and other lather items, were found.

Police suspect that the missing student might be an addict of Bonetix whose smoke is inhaled by burning the solution on a thin paper.