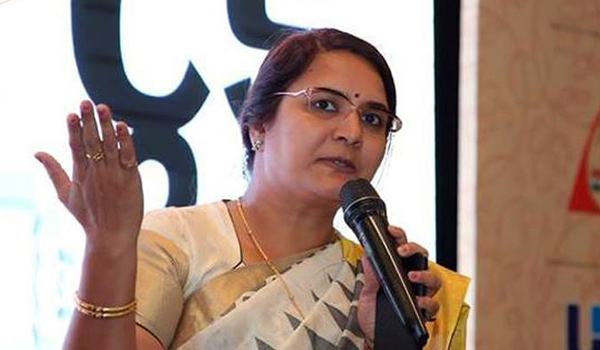 Jaipur: Congress leader Jyoti Khandelwal, who planned to write a letter to Sonia Gandhi to postpone the rally in Jaipur against inflation has taken a U-turn. She had expressed concerns citing the Covid-19 pandemic, but now under the pressure of senior leaders, she released a video appealing to people to attend the rally.

The Congress party is expecting a gathering of over 1 lakh workers at the rally to be organized at Vidhyadhar Nagar Stadium on December 12.

Congress state in-charge Ajay Maken and state president Govind Singh Dotasra expressed their displeasure with Jyoti Khandelwal for demanding that the rally be postponed and asked her to do the damage control, sources said.

Under pressure, Jyoti Khandelwal released the video and appealed to workers to attend the rally in large numbers. the video was released after a meeting held at the state headquarters.

Jyoti Khandelwal stated in the video, “We (the Congress) have to wake the central government from its slumber. Inflation is rising unchecked. Women are the most troubled by inflation, so they should attend the rally on December 12. As the Chief Minister has said that the rally in Jaipur is the beginning of the downfall of the NDA government, with everyone's participation we will be able to fight inflation.

Priyanka Gandhi has given the slogan 'I am a girl, I can fight'. Let’s make it a huge success, she stated.